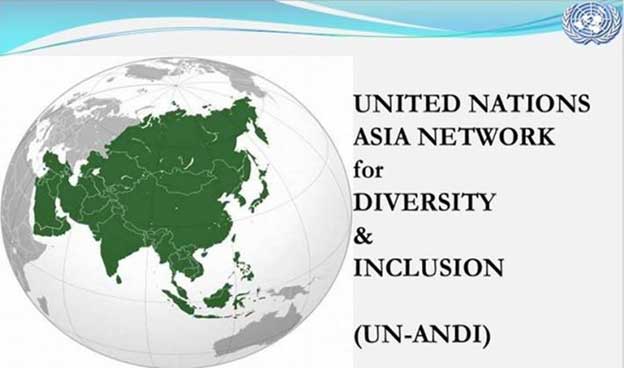 UNITED NATIONS, Nov 15 2021 (IPS) - The United Nations, which consists of 193 member states, has long been accused of discrimination against staffers who number over 315,000 and spread across 56 UN agencies and entities worldwide.

But most of these are deeply rooted system-wide. A wide-ranging staff survey, both in New York and Geneva last year, revealed that discrimination was based either on race, religion, gender or nationality.

Last year, the UN Secretariat in New York, faltered ingloriously, as it abruptly withdrew its own online survey on racism, in which it asked staffers to identify themselves either as “black, brown, white., mixed/multi-racial, and any other”.

But the most offensive of the categories listed in the UN survey was “yellow” – a widely condemned Western racist description of some Asians, including Japanese, Chinese and Koreans.

The Asian Group at the UN, comprising over 50 member states, is one of the largest among regional groups in the world body, and UN staffers of Asian origin have now formed a UN Asia Network for Diversity and Inclusion (UN-ANDI).

Shihana Mohamed of Sri Lanka, a founding member, and one of the coordinators of UN-ANDI, told IPS: “Our mission is to work towards a culture in which inclusivity is integrated into all aspects of work and life in the Organization and diversity is the foundation of talent and productivity.”

“We believe that we all have the power to stop discrimination, eliminate oppression and bring an end to ignorance and indifference. We stand against racial prejudice and intolerant attitudes and actions around the world and within the Organization,” said Mohamed, who is currently Human Resources Policies Officer at the International Civil Service Commission (ICSC).

“We strongly support all initiatives for promoting inclusion, justice, dignity, and combating racism and discrimination in all forms, inside and outside the United Nations.”

“We believe that our perspectives will enrich the discussions on any organizational culture-related issues and facilitate the journey towards the paradigm that is engrained in the United Nations Charter and the Universal Declaration of Human Rights”, said Mohamed, who has more than 20 years of experience in the UN system, having previously worked at UNESCAP, UNDESA, UNOHRM and UNDPKO. 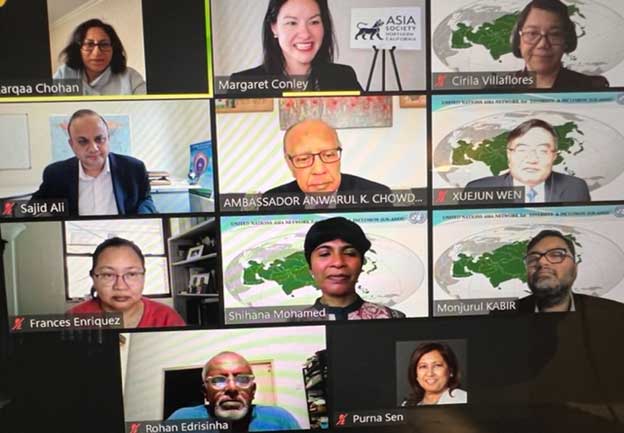 In a concept paper released recently, the Network says it welcomes Asian staff and affiliated personnel within the UN system — including diplomats, interns, consultants and former staff, who are either Asians or of Asian descent.

The call for action resulted in the inauguration by staff members of the United Nations People of African Descent (UNPAD). One of its primary goals was “to establish a platform for the coordination of the engagement between the UN Administration and UN personnel of African descent, promoting equal inclusion, and facilitating access for persons of African descent in the UN system while increasing the visibility to the issues facing them.”

Currently, there are also other interest groups such as UN Globe for LGBTQ community and UN Feminist Network for women and gender parity in the UN system.

Ambassador Anwarul Chowdhury, a former Permanent Representative of Bangladesh to the United Nations (1996-2001), told IPS raising awareness is important, but raising one’s voice is more important. He described a recent zoom meeting as a landmark event with Asian staffers meeting publicly for the first time as a group.

“That is what we need— attention, global attention– that is what I believe is important for us to remember”.

The African group’s power comes from their solidarity as a group — wherever they are, as civil society, as staff, as member states, and they are very solidly together, and they are supportive of each other, said Chowdhury, a former UN Under-Secretary=General and High Representative of the UN (2002-2007).

He pointed out that the African network also includes ambassadors and other diplomats. “That is a very wonderful example for us, the Asians, to follow because staff members can do only so much.”

“But member States’ understanding and support to their objective, their demands, their needs, their frustrations are essential. So, Asian network should make an effort to reach out to the ambassadors or diplomats and start telling them about this network, tell them that we need your support, we need you to back us up when the moment comes in the 5th Committee most of the time or in some occasions in their “umbrella” statements in the General Assembly,” he advised.

But “we need to say that this should apply to the Asian staff members also. That way we will be able to raise our voice and make ourselves heard very well and that that is very important.”

“As you approached me, you should approach also the former staff members from Asia who are available in New York. It is better to consult them and to get to learn from their experience, from their energy, from their ideas”, he declared.

According to the 2021 annual report of the International Civil Service Commission (ICSC A/76/30), the largest number of unrepresented (17) and underrepresented (8) countries in the UN system were in the Asia and the Pacific region (para. 148).

In 10 or more organizations with no formal guidelines for geographical distribution, staff were not represented from 64 countries and among them, 25 countries were from the Asia. Twelve countries did not have staff in 15 of the organizations, with seven of these countries from Asia and the Pacific (para. 155).

At the recent zoom meeting, Akiko Yuge of Japan, a former Assistant Administrator of the UNDP, said: “As the world advances towards achieving the Sustainable Development Goals, countries, communities, and people in the Asia and the Pacific region have shown remarkable progress, success, and resilience.”

Their local knowledge and wisdom, resourcefulness, and innovation have certainly promoted the SDGs in many ways.

“The great diversity and wealth of backgrounds, cultures, and abilities in our region make us stronger and creative. This is indeed the power and strength of Asia and the Pacific nations and people”.

“As we build back better, let us maximize this power of diversity while ensuring inclusion of every person in our society and economy”, said Yuge who has served in UNDP offices in Thailand, Indonesia, and Bhutan, and also travelled to many countries in the Asia and the Pacific region.

Xuejun Wen, Coordinator of UN-ANDI/Reviser, Chinese Translation Service, DGACM, UN Secretariat, New York, said inequality and racism have long been problems in human history and the pandemic has seen them become more acute and apparent. That has led to the founding of UN-ANDI.

“It is a very very young network, but we have started to see a great deal of interest in it, because many of us as Asians have experienced or seen the impact and harm that unfair practices have brought on us. The problems will not be solved overnight, but we believe that a thousand-mile journey is composed of a great many single steps. Every tiny effort will count”.

“Any social or cultural discrimination in our basic personal rights on the grounds as indicated in the UN charter is incompatible with our calling to love what is true and good. UN-ANDI serves as a platform to freely exchange such ideas in order to grow and learn to cherish what is right”

Yuan Lin, UN-ANDI member/ Information Systems Officer, MONUSCO, Goma Office, Democratic Republic of Congo said “UN-ANDI provides an excellent platform to bring voices to the UN staff of Asian heritage. It allows many of the talented and hard-working UN colleagues from Asian member states and background to address organizational matters that are relevant to them.”

Purna Sen, Visiting Professor at London Metropolitan University and the former Executive Coordinator and Spokesperson on Addressing Sexual Harassment and Other Forms of Discrimination, said beyond cultural and regional representation, the UN-ANDI has a key role to play to become a trusted route through which issues that are troubling the UN are addressed increasingly, responsively.

Acknowledging that neither racism nor sexual harassment should exist inside the UN, the Secretary-General has acknowledged that they both do. UN-ANDI can aspire to offer support, advice and succor to those so harmed and advise the SG on how to address these issues in ways that build upon the experiences of survivors, said Sen.