UNITED NATIONS, Apr 20 2017 - The Group of 77 has reiterated the urgent need for strengthening South-South cooperation for the successful implementation of one of the UN’s key objectives targeted over the next 13 years: the 2030 Sustainable Development Agenda. 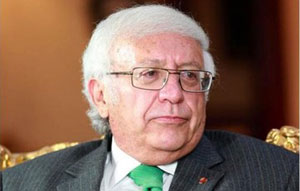 Horacio Sevilla Borja, Ambassador of Ecuador to the UN

Speaking on behalf of the G77, joined by China, Ambassador Horacio Sevilla Borja of Ecuador, chair of the G77, welcomed the progress, and reaffirmed the importance, of further strengthening South-South cooperation projects and initiatives, especially in the current international economic environment.

Addressing the Economic and Social Council (ECOSOC), the G77 chair said there is an urgent need to channel effective and sustainable support in accordance with specific needs and constraints of developing countries, particularly Least Developed Countries (LDCs), Land-Locked Developing Countries (LLDCs), and Small Island Developing States (SIDS), as well as countries and peoples living under colonial and foreign occupation, and countries in situation of conflict and post-conflict.

At the same time, he underlined the importance of “a robust, effective, transparent, and long term Global Partnership of public and private sectors to support the achievement of the 2030 Agenda.”

The ECOSOC debate was titled “Partnerships for Promoting Opportunities, Increased Prosperity and Sustainable Development For All.”

The G77 encourages the transfer of technologies to developing countries on favorable terms, as well as capacity-building and a rule-based and non-discriminatory multilateral trading system, for the implementation of Sustainable Development Goals, the G77 chair added.

“While we fully support United Nations multi-stakeholder partnerships, we also emphasize the importance of coordination in engaging potential partners between entities within the UN System, according to their respective mandates. ECOSOC as the main coordinating organ for partnerships has a significant role in this regard, and the UN Department of Economic and Social Affairs (UNDESA) could lead in undertaking a mapping exercise of UN partnership initiatives,” he declared.

He pointed out that UN multi-stakeholder partnerships must be based on transparency and accountability.

“It would be highly appreciated if information could be made available regarding the partners, their contributions and matching funds and projects for all partnerships with the UN, including at the country level. It would also be helpful if systematic reporting on such partnerships to the relevant Executive Boards could be strengthened.”

He said it was especially timely that ECOSOC discuss the issue of guidelines and principles for UN-associated partnerships, as it is important to debate on ways to enhance Member States’ oversight of partnerships involving the United Nations.

This will enable Member States to examine and adopt guidelines to improve transparency, coherence, impact, accountability and due diligence in partnerships between the United Nations and the private sector, philanthropic organizations, academia and other related stakeholders.

Finally, to enhance global partnership for development, “we reiterate the need for developed countries to fulfill their commitments regarding Official Development Assistance (ODA) to developing countries and to provide genuine debt relief to LDCs.”

The Group of 77 and China reassures its readiness to work with all stakeholders to encourage effective partnerships, including public, public-private and with civil society, to enhance synergies on our joint efforts for the implementation of the 2030 Agenda for Sustainable Development, the ambassador added.