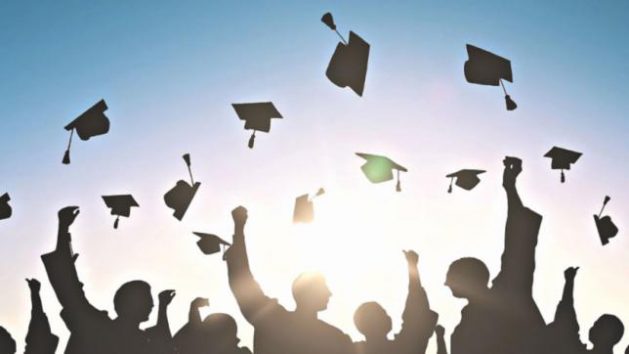 Apr 12 2018 - An Economist Intelligence Unit and British Council survey in 2014 reported that Bangladesh had the lowest employability among university graduates in South Asia—nearly half (47) of graduates out of a hundred were unemployed compared to 30 out of 100 in India and Pakistan. There are methodology issues about the calculation. Even then, they indicate a serious problem.

An article in Times Higher Education Supplement in 2016 reported about Bangladesh’s “’rickshaw faculty’—a nadir of academic exploitation” (David Matthews, October 12, 2016). It is a reference to ill-paid part-time faculty in the mushrooming private universities who have to run in a rickshaw from one class to another to teach in three or four universities to make ends meet. It spoke about “zombie students” who memorised texts without understanding or thinking and are taught by teachers who have no time to prepare for class or get to know their students.

The article provoked comments from academics in Bangladesh—some agreeing with the depiction and others denouncing it as based on bad research, tendentious, and journalistic sensationalism. Whether or not the story is fair in all its details, it is undeniable that there are serious problems of quality in the private universities as well as the public ones.

None of the Bangladeshi universities finds a place in top world rankings. Only a very few public and private universities are in Asian ranking at the lower end of the lists.

It is remarkably difficult to come up with a definition of quality in higher education and a method to measure this quality that would be commonly accepted. We have to go by indirect evidence of the kind I have mentioned, which are damning enough.

The graduates of colleges under the National University are the bulk of mid-level personnel for both the public and the private sector as well as teachers for the K-12 school education system.

It is fair to say that the quality of the National University colleges determines the quality of the large majority of educated human resources in the country. This large segment of the tertiary education system is particularly weak in facilities and faculty, governance and the quality of graduates produced.

Abed spoke of the goals concerning the kind of persons the graduates should be. “They should have good written and verbal communication skills…be able to think critically and apply scientific reasoning in solving problems…have skills to look at evidence and undertake basic quantitative analysis…be tech-savvy and both use and benefit from digital technology.” They also should be “sensitive to the changing global world…accept and respect diversity and the plural identities of human beings which would serve as a moral compass for them.”

Abed admitted that BRAC University does not have “a formula to ensure achievement of these goals.” But the goals provide “an agenda and help us define the quality outcome we aspire to.” Can as much be said for all private and public universities?

A six-point agenda was proposed by Abed to bring about the changes in higher education so it serves the needs of an emerging middle-income country. He urged taking a systemic view, looking at different key components.

Abed advocated for a new approach in pedagogy and teachers’ role in the university, a higher education initiative to improve quality of teachers and teaching at the school level, no expansion without providing for essential quality inputs, providing incentives for research, looking at financing and student loans to make the system equitable and ensure resources for quality inputs, and change in governance of higher education.

Abed spoke at some length on dysfunctional governance that nullified all well-intentioned reform. “Higher education—for that matter all education—needs to be out of bounds for political interference motivated by short-sighted views and factional or individual interests,” he said.

A serious problem is the student wings of the major political parties. Abed recalled a joint statement by five most respected educationists of the country. They had pleaded for severing the political party ties with student organisations.

In April 2010, when the National Education Policy was about to be announced, Professor Kabir Chowdhury, Professor Zillur Rahman Siddiqi, Professor Jamal Nazrul Islam, Professor Anisuzzaman, and Professor Serajul Islam Chowdhury had made this appeal. Three of them are no more today. “This appeal is more relevant today than ever,” said Abed.

“It embarrasses me to recite the litany of problems that have been listed in the news media and research reports. It is long and painful—the wrong side of student politics leading to many kinds of crimes that would be credit to a mafia godfather.”

Abed recalled “a glorious history of students’ involvement in national politics, especially during the state language movement and in the 1960s and 1970s when students showed the way to political leaders at critical moments.”

Those days are long gone. For almost three decades there has been no student union election in any institution of higher education, “because student politics have been completely taken over by the major political parties and student bodies have lost their independent existence,” observed Abed. “Unless this situation changes, the election of student unions, now ordered by the high court, is not likely to bring a positive outcome.”

Abed’s remedy for ridding higher education form the influence of “mal-politics” are: i) A political decision at the highest level, as suggested by the distinguished educationists, to cut the umbilical cord connecting political parties and student bodies.

ii) The 1973 University ordinances and the 2010 Private University Act may be reviewed to ascertain where modifications may be needed; most important, however, is restraint of the political power structure on claiming control over the education system from a partisan angle.

iii) The University Grants Commission (UGC) should be restructured as the Higher Education Council with enhanced authority and professional capacity so that it can guide the development of higher education in larger national interest without wide-ranging control from the Ministry of Education.

iv) The National University should be decentralised to divisional level with appropriate professional capacity and authority, as was considered at one time but shelved without much explanation.

No nation has become a developed one without building a decent higher education system. The choices must be made now.