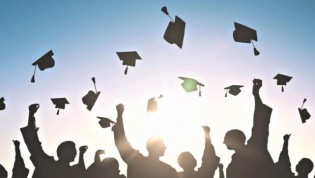 By Manzoor Ahmed
An Economist Intelligence Unit and British Council survey in 2014 reported that Bangladesh had the lowest employability among university graduates in South Asia—nearly half (47) of graduates out of a hundred were unemployed compared to 30 out of 100 in India and Pakistan. There are methodology issues about the calculation. Even then, they indicate a serious problem.

By Manzoor Ahmed
It is hardly a run of the mill event when nine of the most highly populated countries (Bangladesh, Brazil, China, Egypt, India, Indonesia, Mexico, Nigeria and Pakistan) get together to discuss the challenges of achieving the goal of Education for All. This is precisely what is happening from February 5 to 7. This international conference of the E-9 group as they are called, is being hosted for the first time, by Bangladesh. Launched in 1993 in New Delhi as part of the Education for All movement, this is the 11th biannual E-9 meeting but the first one in the global Sustainable Development Goal (SDG) 2030 era.
ADVERTISEMENT ADVERTISEMENT