Displaced in South Sudan – A journey of 1,000 kilometers 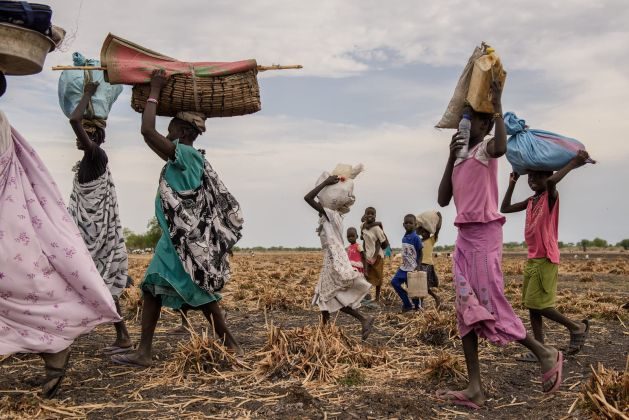 Jun 11 2019 - (UNOCHA) – Conflict, hunger and disease forced nearly 700,000 people to flee South Sudan to become refugees in neighbouring countries in 2017. More than 70 percent of those fled in the first half of 2017, when multiple military offensives occurred in Upper Nile, Unity, Jonglei, and the Greater Equatoria region.

Since 2013, over 4.2 million people – about one in three South Sudanese – have been displaced within the country. More than 2.2 million people are now refugees in countries across the region, including Uganda, Kenya, Ethiopia, Sudan and the Democratic Republic of Congo.

What happens when people are forced to abandon their land, homes, jobs and schools due to a civil war? Follow one family’s journey of 1,000 kilometers (over 600 miles) as they travel the length of South Sudan in search of safety.