In a circular to staffers worldwide, the JIU says it is conducting “a system-wide review of measures and mechanisms for preventing and addressing racism and racial discrimination (RRD) in the institutions of the United Nations system.”

The survey will examine the various forms of RRD at the individual, institutional, and structural levels and the measures and mechanisms in place, including cultural and contextual factors that facilitate or constrain efforts by organizations.

According to Secretary-General Antonio Guterres’ latest annual report submitted to the UN’s Administrative and Budgetary Committee last month, the United Nations currently has more than 36,000 staffers in 463 duty stations world-wide and spread across 56 UN agencies and entities.

The survey is expected to gather both staff and non-staff perceptions of the entire UN system, in the context of an ongoing JIU review on measures and mechanisms for preventing and addressing RRD in the institutions of the United Nations system.

The survey is web-based and can be accessed through this link: https://www.surveymonkey.com/r/JIU_CSWS_RRD.

As widespread discrimination – based either on race, religion, gender, sexual orientation or nationality—continues throughout the UN system, there are several interest groups who have bonded together to fight for their legitimate rights.

These groups include the United Nations People of African Descent (UNPAD), UN Globe for LGBTQ community, the UN Feminist Network, and most recently, the Asia Network for Diversity and Inclusion (UN-ANDI).

Shihana Mohamed, a founding member, and one of the coordinators of UN-ANDI, told IPS: “We, welcome the proposed reforms initiated by the Secretary-General and by other UN bodies, including the on-going JIU review, towards addressing racism and racial discrimination in UN system.

She pointed out that the issue of racism in the UN system is deep-rooted with many forms and dimensions.

“While addressing and preventing racism in the UN system will not be an easy task, I believe that these initiatives will assist us in identifying the root causes and other associated factors’” said Mohamed, a Sri Lankan national.

“I strongly encourage the UN-ANDI members to participate in the current JIU survey and provide the pertinent information to identify forms, patterns and root causes of racism in the organizations of the UN system,” she declared. 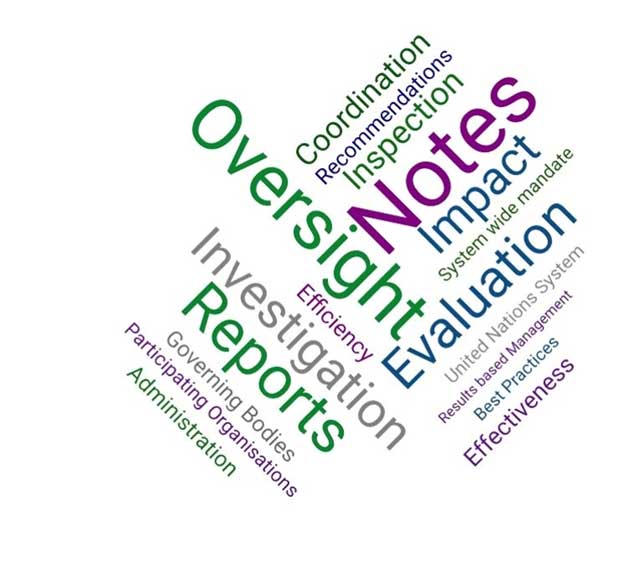 In its circular, the JIU says anonymity and confidentiality are assured in all phases. All analyses will be treated with strict confidentiality. There will be no direct attribution to the original source of the data collected.

“In developing the survey, we have analyzed the similarities and differences of 7 separate UN system organization survey instruments on racism, racial discrimination and staff engagement”.

“For a system-wide review, they provide potentially useful questions, many of which we have used in this survey based on their overlap with the criteria of interest and alignment with established items that are commonly employed in empirical research and that have proven to have strong psychometric properties, and also based on value from a system-wide perspective.”

The development of the survey, JIU points out, was guided by an expert on diversity, inclusion and equity (DEI) and on racism and racial discrimination. It was supported by an ad hoc advisory group of experts on racism and racial discrimination from the private and public sectors, and from within the UN system. It also benefitted from several United Nations personnel, including senior staff.

Last year, the UN Secretariat in New York, faltered ingloriously, as it abruptly withdrew its own online survey on racism, in which it asked staffers to identify themselves either as “black, brown, white., mixed/multi-racial, and any other”.

But the most offensive of the categories listed in the UN survey was “yellow” – a widely condemned Western racist description of some Asians, including Japanese, Chinese and Koreans.

The online survey came to an inglorious end— even before it began—without an apology towards those who were offended.

According to the 2021 annual report of the International Civil Service Commission (ICSC A/76/30), the largest number of unrepresented (17) and underrepresented (8) countries in the UN system were in the Asia and the Pacific region (para. 148)—perhaps victims of discrimination.

In 10 or more organizations with no formal guidelines for geographical distribution, staff were not represented from 64 countries and among them, 25 countries were from the Asia. Twelve countries did not have staff in 15 of the organizations, with seven of these countries from Asia and the Pacific (para. 155).

In an interview back in 2020, and citing his personal experiences in overseas peacekeeping operations, Roderic Grigson, a former Peace Keeping Officer and a twelve-year veteran of the UN, told IPS: “When I arrived in Ismailia, which was where the UN Emergency Force (UNEF II HQ) was located, the UN compound was a mixture of both civilian and military staff. The international civilians, like me who came from overseas, were treated very differently to the local Egyptian staff in many ways”.

Meanwhile, UN Secretary-General Antonio Guterres last month announced plans to appoint a Special Adviser to investigate the growing discrimination based on racial, national or ethnic origins in the world body.

“Racism and discrimination have no place in our world — least of all at the United Nations”, he warned, pointing out that the “diversity of our personnel is a source of profound richness. Yet I am fully aware and deeply concerned that colleagues have experienced the indignity, pain and consequences of workplace racism and racial discrimination.”

“This is unacceptable”, said Guterres in a message to UN staffers January 25.

He has also pledged to establish a Steering Group to oversee implementation of the Strategic Action Plan on racial discrimination —and report progress to the Executive and Management Committees.