UNITED NATIONS, Oct 29 2011 (IPS) - With 800 million members in over 100 countries, the cooperative sector is a globally important group of collective organisations. On Oct. 31, the United Nations (U.N.) will begin a year of recognising their importance by launching the International Year of Cooperatives (IYC) in New York. 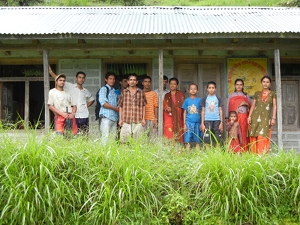 A cooperative, according to the U.N., is “an autonomous voluntary association of people who unite to meet common economic, social and cultural needs and aspirations, through a jointly owned and democratically controlled enterprise”.

Cooperatives can play a significant role in helping to achieve the U.N.’s Millennium Development Goals (MDGs) by 2015, experts say.

“International Year of Cooperatives 2012: Cooperative enterprises build a better world“, planned by the U.N. and the Committee for the Promotion and Advancement of Cooperatives (COPAC), aims to raise global awareness about the work of cooperatives, strengthen their influence in society and promote discussion about the topic among the organisation’s 193 member states.

Member states’ participation is essential, as one of the year’s goals is to encourage governments to establish policies and laws that will boost the formation and growth of cooperatives. Some member states have set up national committees that coordinate events at a local level and also bring together parties involved at other levels, including cooperatives, media, development agencies and NGOs.

IPS Correspondent José Domingo Guariglia interviewed Felice Llamas, focal point on cooperatives for the U.N. Department of Economic and Social Affairs, about the role of cooperatives in socioeconomic development.

Q: Why is it important to have an International Year of Cooperatives? A: The U.N. designates international years to draw attention to major issues and to encourage action on matters or concerns that have global importance.

Q: What are the characteristics or principles that define a cooperative? A: Cooperatives are member-owned economic enterprises and self-help organisations which play an important role in improving the socioeconomic conditions of their members and their local communities.

Self-help, social responsibility and equality, democratic and participatory approach and concern for community – these are some of the values and principles that underlie cooperatives. Through their adherence to principles aligned with the common good, they contribute to social integration and cohesion and the well being of society at large.

As people-centred businesses, cooperatives help promote social cohesion and inclusion. With their participatory and democratically based approach, cooperatives help empower women, youth, people with disabilities, older persons and indigenous peoples, thus promoting an inclusive society. These are all factors that help create a better world.

In addition, cooperatives strengthen local and regional economies. Because cooperatives are owned by members, a significant portion of their income stays local, supporting other local businesses and generating tax revenues for the community.

It is also noteworthy that many cooperatives allocate a certain portion of their revenues to community projects like schools and health facilities. While the MDGs are global objectives, cooperatives operating locally are strongly contributing to meet those objectives.

The U.N. Guidelines of 2001 and the International Labour Organisation Recommendation No. 193 of 2002 on the promotion of cooperatives have served to guide cooperative formation. These mechanisms encourage governments to provide an enabling environment and level playing field for cooperatives to compete alongside other types of businesses.

In 2012, the U.N.’s IYC will give visibility to cooperatives and highlight their contributions to society. The U.N. seeks to generate more support for facilitating and improving the international and regional collaboration of cooperatives.

Furthermore, we hope the IYC will promote an effective dialogue among governments, the cooperative movement, academia and other stakeholders that will identify strategies and priorities towards a plan of action beyond 2012.