Opinion: The Party’s Over for U.N.’s Sustainable Development Goals

UNITED NATIONS, Sep 30 2015 (IPS) - The Pope has left the U.N. and the traffic in Manhattan is back to normal. The hoard of government delegations, NGOs and civil society representatives are packing up and the press is moving on. The party’s over for the Sustainable Development Goals. 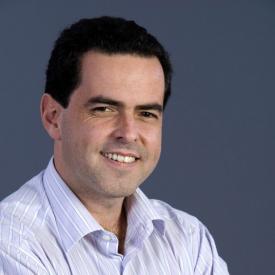 Last week member states of the U.N. agreed goals, which set to end extreme poverty, fight against inequality and fix climate change. The Sustainable Development goals cover almost every aspect of poverty and are targets for every country around the world – developed and developing alike.

For such ambitious goals to be achieved, leaders will need to turn their promises on inequality into policies that will deliver real change. One day after the deal was done, I had a glimpse of how hard it will be to convince the world’s leaders. Attending a meeting on growth as part of the official SDG agenda, I was surprised the narrative of free trade and mega-investments continued to flow unbounded from governments.

Despite having a goal dedicated to ending inequality, the language of false market-based solutions continues – the same solutions which for years have locked people into low paid employment, divested money from public services and helped drive up inequality in almost all countries. The consequences of bad investments on people and the environment – causing environmental degradation, evictions and land grabbing – were blatantly ignored.

But here lies the catch. Corporations are not just stalking the corridors of the U.N. and promoting investments damaging to the poor, they also have a stranglehold on how countries raise tax, which will enable them to pay for the goals.

ActionAid research last month discovered tax incentives given to big corporations in West Africa drain the region of an estimated 9.6 billion dollars a year – money which could be spent on health and education. And globally it is estimated that developing countries lose over 200 billion dollars a year from corporate tax dodging. Yet rich countries continue to block moves for a global body on tax to make the rules fairer.

The 800 million people in poverty worldwide need change. In many ways, people are ahead of the U.N. as they’re doing it without flashy launch events or concerts. Across Africa, people have been mobilised and fought for the right to free primary school education, with massive wins.

And in my native Brazil, women without access to land have organised themselves, taken on brutal landlords and won the right to farm the land. Leaders are acknowledging the idea of inequality but poor people around the world are not just recognising it, they are wrenching it from its roots and organising themselves to build something new.

To achieve real change for poor people, the business as usual approach I saw at the U.N. over the last few days won’t be good enough. The climate conference in Paris in December will be the first test. If world leaders do not commit to emissions cuts and agree to financing to help developing countries with climate impacts, then success for the goals will be off to a very shaky start.