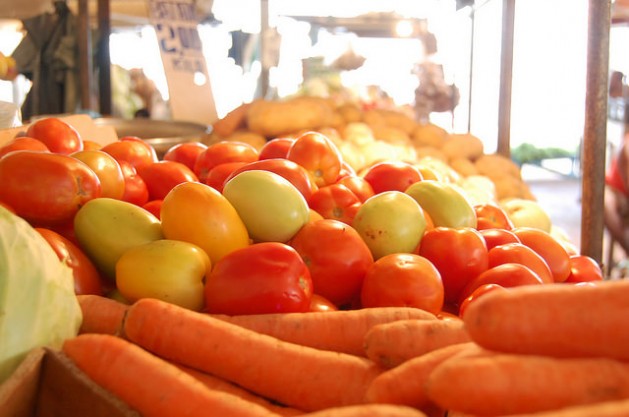 Antibiotics are used to ensure better health and survival of animals bred for food, but they are also believed by many farmers to promote growth. Credit: IPS

KUALA LUMPUR, Malaysia, Apr 4 2017 (IPS) - The greatly excessive use of antibiotics in food production in recent decades has made many bacteria more resistant to antibiotics. The United States Department of Agriculture (USDA) has estimated that antibiotic use in animal husbandry, poultry farming and aquaculture in the US is over four times USDA recommended levels. Meanwhile, the US Food and Drugs Administration (FDA) has estimated that 80 percent of all antibiotics sold in the USA are used on animals.

Cheap antibiotics prone to abuse
Antibiotics are used to ensure better health and survival of animals bred for food, but they are also believed by many farmers to promote growth. As prices of antibiotics remain attractively low, they offer the prospect of higher earnings from greater output at low cost. Hence, there is little or no market incentive to reduce excessive, if not indiscriminate use, and hence abuse of antibiotics. Thus, such efforts to increase farmer incomes and profitability exacerbate the likelihood and risk of antibiotic resistance.

The widespread use of antibiotics through food chains is thus becoming catastrophic. A review by the FAO explains how antibiotic-resistant bacteria in animals are infecting humans, through direct contact with animals or indirect transmission through the food we eat. Earlier, the spread of bacteria was popularly associated with international travel, but the threat posed by antibiotic-resistant bacteria in our food is now proving to be far more formidable.

‘Recycling’ antibiotics
Ecologically minded activists have long been promoting agricultural recycling, often citing traditional agricultural practices. But adding antibiotics to animal feed has made this a threat to public health. The feed typically contains many drugs, including some only used by humans as antibiotics of last resort.

Much of the antibiotics given to livestock and poultry passes un-degraded through their urine and faeces, directly affecting food from aquaculture. Thus, waste from pigpens flowing into fishponds exposes fish and shrimps to the high doses of antibiotics that livestock get, on top of the antibiotics added to the pond water to prevent or address aquatic diseases. Antibiotic resistant bacteria from this environment then passes to humans who consume such food.

While restrictions have already been widely placed on the use of hormones and steroids to promote growth, the excessive use of antibiotics by farmers has only gained attention in recent years, while a huge reservoir of resistant bacteria was emerging and spreading.

In November 2015, scientists discovered a gene in China that can enable many types of bacteria to become more antibiotic resistant. The gene has since been found in patients, food and animals from more than twenty countries. More worryingly, these bacteria can resist the last line of effective antibiotics available.

Catastrophic threat
A British government report estimates that about 700,000 people worldwide currently die annually due to antibiotic-resistant infections. If current trends continue, this mortality rate will rise to ten million yearly by mid-century, i.e., in just over three decades.

In the near future, antibiotics will become less effective in treating infections as bacteria mutate to become more resistant. Many more people will die of currently antibiotics-curable diseases. New antibiotics may delay this trend, but no new class of antibiotics has been discovered since the 1980s.

In line with the WHO’s global action plan, member nations have pledged to draw up national action plans against antibiotics resistance, as part of a broader effort to tackle antimicrobial resistance (AMR). The lack of effective national surveillance and supervision of antibiotics use in animal products masks the severity of the threat.

Sadly, in most developing countries, the rising threat posed by the exponential growth of dangers due to excessive antibiotic use is mainly of concern to the authorities when it threatens export prospects. As with improper and excessive pesticide use, the abuse of antibiotics is mainly of concern when it affects national reputations abroad and related export earnings, with scant attention given to the threats posed to domestic consumers.