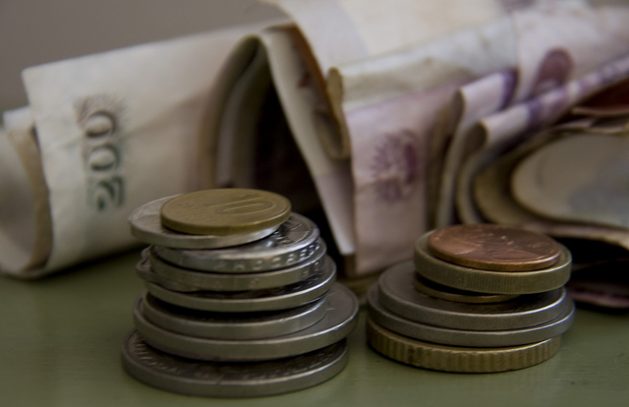 Instead of encouraging tax competition, the World Bank should help developing countries improve tax administration to enhance collection and compliance, and to reduce evasion and avoidance. Credit: IPS

SYDNEY and KUALA LUMPUR, Oct 10 2017 (IPS) - One of the 11 areas that the World Bank’s Doing Business (DB) report includes in ranking a country’s business environment is paying taxes. The background study for DB 2017, Paying Taxes 2016 claims that its emphasis is “on efficient tax compliance and straightforward tax regimes”.

Its ostensible aim is to aid developing countries in enhancing the administrative capacities of tax authorities as well as reducing informal economic activities and corruption, while promoting growth and investment. All well and good, until we get into the details.

Tax less
First, the Report advocates not only administrative efficiency, but also lower tax rates. Any country that reduces tax rates, or raises the threshold for taxable income, or provides exemptions, gets approval.

Second, it exaggerates the tax burden by including, for example, employees’ health insurance and pensions and charges for public services like waste collection and infrastructure or environmental levies that the businesses must pay. The IMF’s Government Financial Statistics Manual correctly treats these separately from general tax revenues.

Thus, the Bank is ignoring research at the OECD and IMF which has not found any convincing evidence that lower corporate tax rates or other fiscal concessions have any positive impact on foreign direct investment.

Instead, they found net adverse impacts of tax concessions and fiscal incentives on government revenues. According to the research, factors such as the availability and quality of infrastructure and human resources were more important for investment decisions than taxes.

Moreover, the World Bank’s Enterprise Surveys do not find paying taxes to be high on the list of factors that enterprise owners perceive as important barriers to investment. For example, the Enterprise Survey for the Middle East and North Africa found political instability, corruption, unreliable electricity supply, and inadequate access to finance to be important considerations; paying taxes or tax rates were not.

Yet, the World Bank has been promoting tax cuts and tax competition as magic bullets to boost investment. Not surprisingly, thanks to its still considerable influence, tax revenues in developing countries are not rising enough, or worse, continue to fall. According to some estimates, between 1990 and 2001, reduction in corporate taxes lowered countries’ tax revenue by nearly 20%.

Instead of encouraging tax competition, therefore, the World Bank should help developing countries improve tax administration to enhance collection and compliance, and to reduce evasion and avoidance. According to OECD Secretary-General Angel Gurria, “developing countries are estimated to lose to tax havens almost three times what they get from developed countries in aid”.

Global Financial Integrity has estimated that illicit financial flows of potentially taxable resources out of developing countries was US$7.85 trillion during 2004-2013 and US$1.1 trillion in 2013 alone!

Conflicts of interest
But the Bank’s Paying Taxes and DB reports do little to strengthen developing countries’ tax revenues. This should come as no surprise as its partner for the former study is Pricewaterhouse Cooper (PwC), one of the ‘Big Four’ leading international accounting and consultancy firms. PwC competes with KPMG, Ernst & Young and Deloitte for the lucrative business of helping clients minimize their tax liabilities. PwC assisted its clients in obtaining at least 548 tax rulings in Luxembourg between 2002 and 2010, enabling them to avoid corporate income tax elsewhere.

How are developing countries expected to finance their infrastructure investment needs, increase social protection coverage, or repair their damaged environments? Instead of helping, the Bank’s most influential report urges them to cut corporate tax rates and social contributions to improve their DB ranking, contrary to what then Bank Chief Economist Kaushik Basu observed: “Raising [tax] allows developing countries to invest in education, health and infrastructure, and, hence, in promoting growth.”

How are they supposed to achieve the internationally agreed Agenda 2030 for the Sustainable Development Goals in the face of dwindling foreign aid. After all, only a few donor countries have fulfilled their aid commitment of 0.7% of GNI, agreed to almost half a century ago. Since the 2008 financial crisis, overseas development assistance has been hard hit by fiscal austerity cuts in OECD economies except in the UK under Cameron.

The Bank would probably recommend public-private partnerships (PPPs) and borrowing from it. Countries starved of their own funds would have to borrow from the Bank, but loans need to be repaid.

Governments lacking their own resources are being advised to rely on PPPs, despite predictable welfare outcomes – e.g., reduced equity and access due to higher user fees – and higher government contingent fiscal liabilities due to revenue guarantees and implicit subsidies.

Financially starved governments boost Bank lending while PPPs increase the role of its International Finance Corporation (IFC) in promoting private sector business. Realizing the Bank’s conflict of interest, many middle-income countries ignore Bank advice and seek to finance their investments and other activities by other means. Thus, there are now growing demands that the Bank stop promoting tax competition, deregulation and the rest of the Washington Consensus agenda.

Bank must support SDGs
However, nothing guarantees that the Bank will act accordingly. It has already ignored the recommendation of its independent panel to stop its misleading DB country rankings. While giving lip service to the International Labour Organization (ILO) and others who have asked it to stop ranking countries by labour market flexibility, the Bank continues to promote labour market deregulation by other means.

If the Bank is serious about being a partner in achieving Agenda 2030, it should align its work accordingly, and support UN leadership on international tax cooperation besides enhancing governments’ ability to tax adequately, efficiently and equitably. In the meantime, the best option for developing countries is to ignore the Bank’s DB and Paying Taxes reports.