Poor weather and disease have killed millions of trees and decimated yields in Italy’s olive country, and consumers can taste the difference 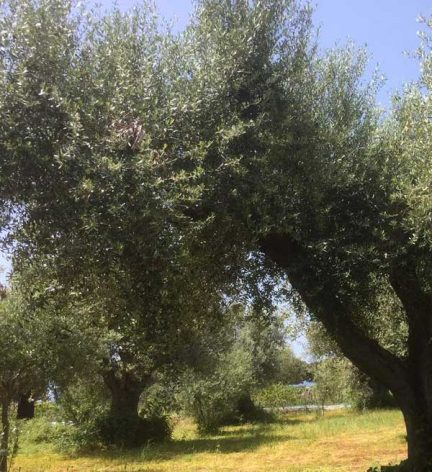 ROME, Nov 6 2019 (IPS) - On a warm Saturday morning in late October, the silver-green leaves of the 200 productive olive trees on a rolling country property in Umbria, in central Italy, sparkled in the brilliant sun. Fausto Venturi, a local farmer who devotes autumn weekends to making olive oil, could not have been happier.

The weather was perfect for harvesting the Moraiolo olives. The small, round green fruit is indigenous to Umbria and Tuscany, prized by olive growers for its high yield and among connoisseurs for the oil’s gorgeous emerald-green colour and fruity aroma, with hints of artichokes and herbs. Better yet, the trees were in near full bloom, signalling a rare bumper crop. Climate change, bug infestations and disease, notably the horrific Xylella fastidiosa bacterium that is killing millions of olive trees in southern Italy, has made life somewhere between difficult and miserable – depending on the region – for Italy’s crucial olive-oil industry in recent years.

The European Commission’s website calls Xylella “one of the most dangerous plant bacteria worldwide, causing a variety of diseases, with huge economic impact for agriculture, public gardens and the environment.” It can also attack stone fruits such as cherries, almonds and plums.

The bacterium is terrorizing olive-orchard owners in Puglia, in the heel of the Italian boot. Puglia and Calabria – the toe – account for more than two-thirds of Italian olive-oil production (Umbria provides only 2 per cent). If those two regions were to get wiped out, the enormous industry – supplied by about 250 million trees on 700,000 olive farms covering 1.1 million hectares – would be moribund. That scenario is not out of the question. The bacterium arrived in southern Puglia, near the baroque city of Lecce, in 2013. The source is thought to be an infected ornamental coffee plant imported from Costa Rica. It has acted as a wrecking machine, infecting about 21 million trees, according to Coldiretti, Italy’s agriculture association.

Industry estimates put Italian olive-oil production in the disastrous 2016-17 harvest at only 200,000 tonnes, down by more than half from the previous year, owing to a particularly nasty combination of extreme weather events, a fruit-fly attack and Xylella. Olive-orchard owners such as Mr. Venturi say “normal” harvest years are becoming rarer.

The disease is carried by a tiny insect known by various names, including the spittlebug. The bacteria spread by the bugs latches onto xylem tubes, the trees’ water-and-nutrient-transportation system, producing what the United Nation’s Food and Agriculture Organization (FAO) calls an “internal drought.” The weakened branches, leaves and fruit die, then the whole tree withers away, producing eerie ghost orchards. The infected trees are difficult to quarantine quickly; the long incubation period means visible symptoms often don’t arise until seven months to a year after the infection sets in. “There is no cure for it,” said Shoki Al-Dobai, FAO’s transboundary plant pests and diseases team leader in Rome. “It’s possible that it could keep spreading north. That would be a disaster.”

Infected trees and those around them have to be destroyed, sometimes in the presence of weeping farmers. Many of the olive trees in Puglia are hundreds of years old, and at least one is 3,000 – it was ancient before Jesus was born. There are stories of farmers chaining themselves to their cherished trees to try to spare them from the chainsaw. But the Puglia tree cull, which was way too slow at first, continues and is being monitored closely by agriculture officials at the European Commission.

Arrigo Peri, an orthodontist in Rome, lives in fear because his family owns an organic 1,000-tree olive orchard near the coastal city of Bari, about 80 kilometres northwest of Puglia’s infected zones. He’s had a string of bad harvests owing to extreme weather, including drought and frost (which cut his normal yield by 80 per cent last year) and severe olive-fly infestations that may be the result of climate change. And now the threat of Xylella. “My last good yield was three years ago,” he said. “Yes, we are getting worried about Xylella. It’s the last thing we need.”

The disease hasn’t hit Umbria yet, but a subspecies has been spotted right next door in Tuscany and a few other parts of Southern Europe, including Corsica and Spain’s Balearic Islands. Mr. Venturi and other olive-oil makers are terrified that Xylella will plow through his region at some point. “We are praying it doesn’t arrive, but it could,” he said.

In a recent report, Martin Godefroid of the French National Institute for Agriculture Research, said that generally warmer temperatures are making life easier for Xylella, which is a tropical disease. He said that “climate change may strongly impact [the bacterium’s] distribution.” 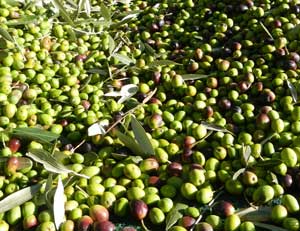 Consumers in Italy and other countries who cherish healthy and flavoursome extra-virgin olive oil – which is made by pressing the olives, rather than using heat or chemicals to help extract the oil – are paying the price. Retail prices are rising as weather-related shortages develop, and the quality among cheaper brands is falling as blends of foreign or low-quality bulk oils make it onto supermarket shelves. “The oil you now buy in supermarkets won’t be 100-per-cent Italian,” Mr. Venturi said. “It might be mixed with Tunisian and Moroccan oils.”

Italy is Europe’s second-largest olive-oil producer, after Spain, and accounts for a quarter of the continent’s olive harvest. The industry is worth billions of euros a year. In most of the world, families make do with cheap, mass-produced oils made from palm, canola, corn and other vegetable plants for their intake of fats. But in the Mediterranean countries, where the vast majority of the world’s olives are grown, meals devoid of virgin olive oil are virtually unthinkable.

Mr. Venturi, 49, said an entirely unexpected deep freeze last spring in Umbria sent yields tumbling. The trees on this particular property, located about a 20-minute drive from Spoleto, a medieval gem of a city and UNESCO heritage site, produced only about 85 litres of oil in the fall; this year, he expects 320. The oil will sell for about €12 ($17.50) a litre in the local market (he kicks back about 10 per cent, in the form of oil, to the owners of the property).

After he and his colleague covered the ground with enormous fine-mesh nets, used to catch the harvested olives, they fired up a small diesel generator to power an air compressor, which in turn powered the thrashing mechanical rakes that shake the branches and comb off the olives. “Watch out for vipers here,” he warned. “They’re poisonous.”

The biggest, healthiest trees let drop 15 kilograms to 20 kilograms of olives. After a couple of hours of exhausting work, they filled two large containers. Harvesting all of the property’s trees would take two men three or four days, from dawn to dusk.

The olives were transported by tractor to the local frantoio (olive press), in this case a private business called Frantoio Filippi that presses olives from its own 1,000-tree farm and those from nearby farms.

Two years ago, the Filippi family installed a new pressing system, an array of tubes, belts, crushers, mixers, centrifuges and filters that transforms raw olives into oil within two hours. The olives, many with leaves still attached, are dumped into a hopper. Leaf removal and olive washing are the next stages, followed by the grinding of the olives by both disks and hammers. The result is a thick slurry that looks like green pasta sauce and is, in fact, called an olive pasta. It’s pumped into a centrifuge that separates the water from the oil.

After passing through filters, the final product is a dazzling, almost fluorescent, emerald oil that emerged from the spigot carrying the faint smell of apples. “Every terrain produces olives with a different smell, depending on the soil, light and other conditions,” said Federico Caporali, 43, co-owner of Frantoio Filippi.

He said this season was much better than some of the previous years, when extreme temperatures and too much rain sent production plummeting. “But we hope Xylella doesn’t come here,” he said.

This story was originally published by The Globe and Mail, Canada