Human Rights? But Not for Sanitation Workers 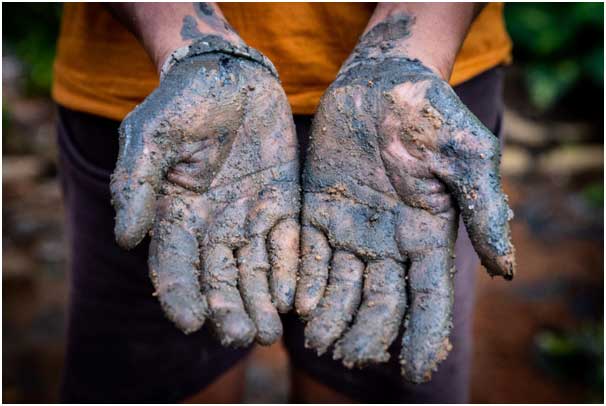 LONDON, Dec 10 2019 (IPS) - This year’s Human Rights Day advocates for everyone to stand up for their rights and those of others.

Yet this will feel like a distant reality for the millions of sanitation workers in developing countries who are forced to work in conditions that endanger their health and even their lives.

“The human rights of millions of sanitation workers, in particular informal workers, have been violated for a long time, despite the critical importance of their role,” Léo Heller, the Special Rapporteur on the human rights to safe drinking water and sanitation, said in his World Toilet Day statement last month.

“Amid stigma, low pay, informality and hazardous working conditions, many of them lose their lives while they are at work and very often, it is the omission of governments to comply with their human rights obligations that gives room for those unacceptable situations.”

There is particular concern over the discrimination against manual scavengers, people that are socially (and sometimes institutionally) designated to do sanitation work because they belong to the lowest rungs of the caste hierarchies in South Asian countries.

They clean latrines, empty septic tanks and unblock sewers by hand, and sometimes have to immerse themselves in human waste. In India, despite the fact that manual scavenging was outlawed in 1993, hundreds of thousands of families are still trapped in it.

Meenadevi, a woman from the state of Bihar, started working as a manual scavenger 25 years ago with her mother-in-law, who died on the job. “Initially, I used to feel nauseated, but now I am used to the foul smells,” she says. “Poverty leaves you no option.”

The stigma and risks facing sanitation workers is also prevalent in many parts of the world, as a recent report by International Labour Organisation, WaterAid, World Bank and World Health Organisation shows.

Few developing countries have policies, guidelines and enforcement mechanisms to protect the health, safety and dignity of sanitation workers; especially when their work is informal, they lack recognition and social protection.

In Burkina Faso in West Africa, where only 22.6 per cent of the population have access to basic sanitation, there is little regulation, particularly for the manual emptiers, who use ropes to lower themselves into pits and septic tanks, usually with no protective equipment, and are exposed to deadly asphyxiating gases.

Wendgoundi Sawadogo works as a manual emptier in the capital city, Ouagadougou, for local households who contact him directly for his services.

“You have no paper to show that this is your profession,” he says. “When you die, you die. You go with your bucket and your hoe without recognition, without leaving a trace anywhere or a document that shows your offspring that you have practised such a job. When I think of that, I’m sad. I do not wish any of my children to do this work I do.” 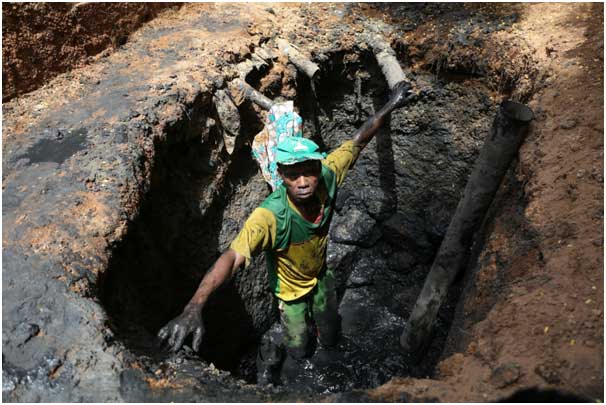 They are central to solving the sanitation puzzle and protecting their rights is not just a moral imperative, but also the only way to build up a workforce that is able to deliver sanitation services at the scale required.

National and municipal governments need to take decisive action and put in place urgent measures to protect the human rights of sanitation workers, including laws and regulation to eliminate manual scavenging, recognise sanitation work and gradually formalise it, increasing the protection of the workers.

For example, municipalities can increase the use of machines and protective equipment so that workers are not directly exposed to human waste, ensure that subcontractors keep similar standards, and celebrate their contribution to society.

It is also important that the workers access training and support to organise themselves so that they are able to claim their rights in a balance dialogue with authorities.

Finally, every citizen has some degree of responsibility over other citizens’ rights. The plight of sanitation workers is in large part due to the fact that many consider them second-class citizens, and many others ‘flush and forget’ what happens down the (sewer) line.

We all need to both acknowledge and feel outraged by the injustice committed against sanitation workers – and hold to account those with the power to address it.