The UN says global temperature rise could lead to more frequent and more intense extreme weather events, such as prolonged droughts or devastating floods. Nations are “nowhere close” to the level of action needed to fight global warming, according to a UN climate action report released February 2021. The study urged countries to adopt stronger and more ambitious plans to reach the Paris Agreement goals, and limit the temperature rise to 1.5 degrees Celsius, by the end of the century. Credit: WFP/Matteo Cosorich

AMSTERDAM, the Netherlands, Mar 24 2021 (IPS) - We should be well on the way to solving the climate crisis by now.

According to the Paris Agreement, last year should have been the year that all countries presented their commitments to cut carbon emissions for limiting global climate heating to within 1.5oC of pre-industrial levels.

A quarter of the way into 2021, we’ve well and truly passed the original Paris Agreement deadline. We are still awaiting submission of Nationally Determined Contributions (NDCs) from some of the most politically and scientifically significant global emitters, climate action further delayed by a devastating global pandemic.

It’s a crisis on top of a crisis. The impacts of the climate crisis are already being felt, and the most vulnerable are the nations that also lack the resilience to weather the storm. Millions of people have already lost their lives to the climate emergency, and it’s mostly happening in the global south.

The picture is incredibly grim. The most recent UNFCCC synthesis report concluded that the contributions presented in 2020, from countries representing around 30% of global emissions, would amount to just a 1% reduction of CO2, instead of the minimal 15% needed from these countries by 2030 to get 1.5oC aligned.

70% of the world’s emissions will be addressed in NDCs yet to be presented ahead of the Glasgow COP26 in November, and we have little idea what we can expect to see.

The two biggest emitters, China and the US, are set to share their NDC targets in the coming months. Their ambition, or lack of ambition, will directly impact our wellbeing for decades to come. What we really need is for these two players to work together with a common purpose, leveraging their diplomatic influence in support of a strong and inclusive multilateral process.

There is always room for hope. China already took the world by surprise with its 2060 carbon neutrality target announcement on the occasion of the UNGA in New York last September, and a promise to peak emissions before 2030. Biden came to power with a strong climate mandate and has pledged that the US will become carbon neutral by 2050. 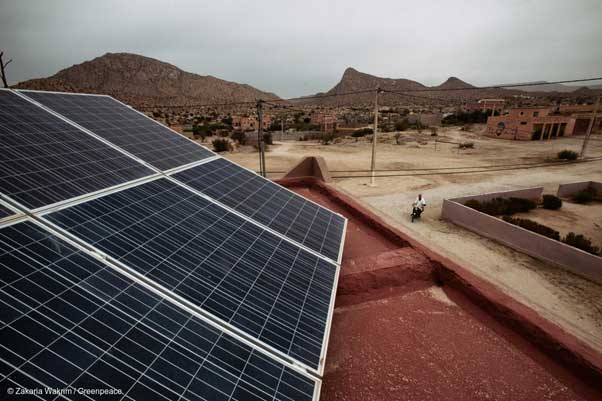 But why not hope further? It’s not enough to have long term international pledges without short term domestic measures. China’s NDC could also define the necessary constraints on fossil fuel-based GDP growth. A halt on all new coal infrastructure would enable Beijing to bring that emissions peak forward to 2025, aligning with the 1.5oC Paris goals.

China’s latest five-year plans did not indicate such a concrete decarbonisation pathway, but it could still be achieved. The US would also need to deliver hard policy measures in support of the clean energy transition rhetoric.

In reality, we need to see a 70% emission reduction target from the US by 2030, against 2005 levels, with some observers indicating a figure of 63% or more would be feasible in the context of Biden’s razor thin majority. Whatever the headline number, a credible set of short term domestic measures, executive orders and policy proposals must be offered in support.

We need to see substantial action on the ground from both China and the US, prioritising absolute emission reductions at source, with a meaningful timeline for the managed decline of fossil fuel production alongside a just transition for workers and communities both at home and abroad.

This is a global emergency, it is not just about the US and China, in fact, all countries need to up their ambition. Japan, South Korea and New Zealand need to improve upon the inadequate pledges they’ve so far offered. We are especially calling out Brazil with deforestation rates at their highest in a decade and ever worsening devastation from Amazon forest fires, effectively reducing the ambition of its previous commitment from five years ago, and Australia, whose NDC demonstrated a flatlining of ambition despite multiple of its major ecosystems facing collapse including the Great Barrier Reef.

One of the fundamental values of the UN system is that it has put nations on an equal footing irrespective of their standing; one country, one vote, allows vulnerable nations to be equally heard.

The Paris Agreement cemented the notion of shared responsibility across all nations, but the fact remains that those who had the biggest hand in causing the climate emergency are the countries who need to step up now and deliver the most to solve it.

Many global south countries are suffering the toughest economic consequences from the pandemic, and so we need even stronger leadership from governments that can afford to show ambition.

The EU and the UK, whose NDCs are upgraded but still underwhelming, need to leverage their diplomatic weight and set the example with greater ambition. What is pledged now will either lead us to a future of relative security, or set us on a pathway to uncertainty and danger, where the combination of ecosystem degradation and increasingly damaging weather cycles will have devastating impacts well beyond our conceivable capacity to cope.

Big emitting countries must recognise the significance of this moment and open up space for genuine, long-lasting cooperation, delivering on the spirit of equity as well as the substance of the Paris Agreement: support for finance and adaptation, as well as substantial, improved emission reduction targets which tackle real problems and transformational industrial shifts in good faith.

Every person on this planet deserves a healthy future, clean air and water, food security, and sustainable resilient cities. We need COP26 to give business a clear direction and a level playing field for bringing about the change that needs to happen now to protect our planet for the safety and future of all generations. If governments do not act to solve this crisis their citizens will make them act.

We are calling on leaders to follow the numbers and recognise the urgency of the climate crisis. The world is already at 1.06-1.25oC of climate heating; every decimal point of avoided heating now is critical to our survival on this planet. We’re in a desperate existential emergency but there is still hope.