The original article was published on February 25 2021 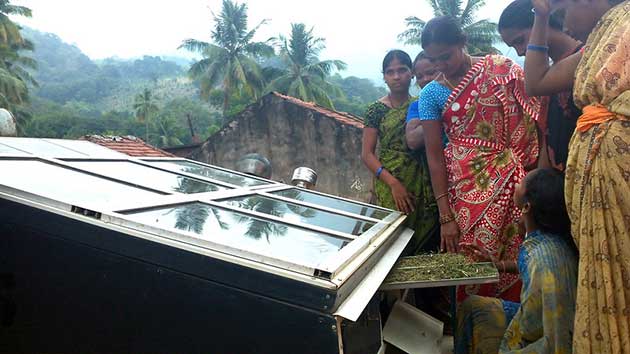 Forest women in Anantagiri forest in the south-east of India check out their solar dryer. (file photo) There is a growing shift and awareness in mainstream political, corporate and public debate about the need for climate action. Credit: Stella Paul/IPS

UNITED NATIONS, Feb 25 2021 (IPS) – A keen awareness about the intersection of our ecosystem and the “accelerating destabilisation of the climate” is helping shift the narrative for climate action and can help us transition from being polluters to becoming protectors of the climate, said Marco Lambertini, Director General at the World Wide Fund for Nature.