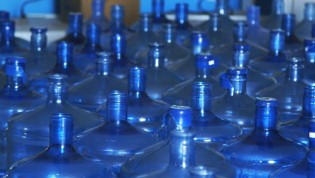 By Marcos Orellana
While residents across Prince Rupert, British Columbia are once again able to get safe drinking water from their taps, the boil-water advisory lifted there in late January should not be forgotten. Canada is a freshwater-rich country, but the time for complacency on essential water issues has long passed. Most people living in Canada have access to safe water. But drinking water advisories in the country about unsafe water have been concentrated in First Nation communities.

By Marcos Orellana
When people ask me what rising sea levels and hurricanes have to do with human rights, I tell them about my work trip to the Maldives back in 2008. At the time, the small island nation was undertaking democratic reforms and leading the diplomatic efforts at the UN to portray the human face of climate change. Vivid in my memory is an image of a man piling up sand bags to keep the rising sea from taking his house. Vivid also are the faces of elderly islanders, wracked with despair and disbelief, after huge storm surges had forced people to relocate.
ADVERTISEMENT ADVERTISEMENT