Stories written by Pratima Joshi
Pratima Joshi has worked in the area of affordable housing and sanitation for the urban poor for nearly 25 years. Having completed her Masters in Architecture (Building Design for Developing Countries) from Bartlett School of Architecture and Planning, University College (London), she is widely recognised as a leading planner and designer of slum infrastructure. She is one of the co-founders of Shelter Associates (SA), which aims to convert slums into housing societies for the poor by giving access to basic services like water, sanitation, and electricity, which urban slums often lack. Pratima is an Aga Khan scholar, Ashoka fellow, and Google Earth Hero (the only Indian to have received it). 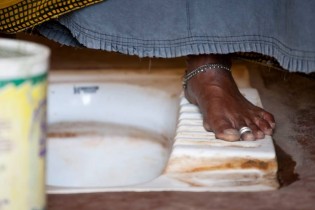 By Pratima Joshi
One of the most laudable initiatives of the current government’s regime is the Swachh Bharat Mission (SBM) that was launched on Oct 2, 2014, with a larger vision of a clean India. The critical aspect of the mission was that—unlike many of the movements that preceded it—this had a measurable outcome (making India open defecation free) and a firm timeline (by 2019).
ADVERTISEMENT ADVERTISEMENT