JEDDAH, Saudi Arabia, Mar 21 2016 (IPS) - For the first time, an all-female flight crew recently operated a Royal Brunei Airlines jet from Brunei to Jeddah in Saudi Arabia. Such a feat certainly appears noteworthy in a country where gender segregation is pervasive. When women are still not permitted to drive a car; where there are separate entrances for men and women in banks, is there a possibility of an all-female crew operating a Saudi Airlines plane from Jeddah to Brunei? Not immediately, as there are disturbing signs that the limited gains on the gender front might face reversals. 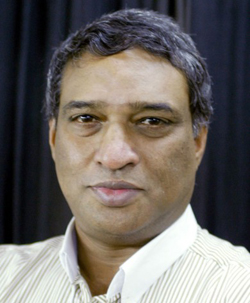 To be sure, official Saudi attitudes to female pilots are not that rigid as is the case with women driving passenger cars. A couple of years ago, a Saudi woman, Hanadi al-Hindi, became the first to be licensed to fly and she has been followed by others. This was largely because of pressure from a billionaire who wanted her to pilot his small and wide-bodied luxury planes. But the numbers of female pilots are still too small to envision an all-female flight deck crew operating the national flagship carrier. Reform to ease the rigours of gender discrimination is still twisting in the wind.

Paradoxically, Saudi women occupy only 13 per cent of job positions in the private and public sector despite accounting for 51 per cent of graduates according to the central department of statistics and information. More and more women are getting educated both at home and abroad but their participation in the labour market is limited. Only 2 per cent of lawyers in the country are women. Women vote and participate in elections. But only 18 per cent of them in the age group 15-59 years are either employed or looking for work. Their rate of joblessness among women is high at 33 per cent.

How does one interpret these dismal numbers? A conservative view is that women are not used to working and have got used to stay at home. Another is that the 33 per cent number reflects a desire on their part to search for work. An unemployed person is not only out of work but is also actively searching for it. The high rate of unemployment thus reflects a situation where job openings are much less than the demand for work. The bogey that they prefer to stay at home is not quite true as more and more women are getting out of the house to take up or seek employment.

According to an article by Elizabeth Dickinson in Foreign Policy, two-income families have become the norm in Saudi Arabia. As many as 1.3 million out of 1.9 million women in the workforce are married. The latest numbers also indicate that the number of female employees rose by 48 per cent since 2010. These trends are very much in line with economic development and urbanisation. The growing number of nuclear families with both the husband and wife working to support a middle-class standard of living has been observed elsewhere in the developing world.

Interestingly, the current juncture of low oil prices offers the best prospect for Saudi Arabia and other oil producing countries in West Asia to reap a gender dividend. Oil prices have fallen off the cliff from over $114 per barrel in June 2014 to $40 per barrel. They are expected to stay low in the near future as well, which seriously strains the finances of the Saudi government. With back-to-back double digit budgetary deficits – the gap between dwindling revenues from selling cheaper and cheaper oil and rising expenditures, the decks are being cleared for swingeing cuts in subsidies and reform.

So long as crude prices remain low, Saudi Arabia’s royal family must look to a future beyond oil. Following Thomas Friedman’s first law of petropolitics, there is an inverse relation between oil prices and economic freedom and reform. Reformists like Muhammad bin Salman, deputy crown prince and defence minister are now talking about diversifying into mining, subsidy reforms, expanding religious tourism, leveraging unutilised assets, among other ideas. Foreign investments are being attracted. The big global banks are opening branches in the royal kingdom.

More jobs in the private sector are bound to be created. Unlike in the past when expatriate labour would take them up, the preference now is for using educated Saudi youth. Employing more Saudi women could be part of this emerging scenario. But this is not a done deal as the Saudi government is desperately trying to control the supply of oil to ensure that prices head up from $40 a barrel to a more comfortable range of $60 to $80 a barrel. Leading oil producers thus are contemplating a freeze in output when meet in Doha on April 17. Rising and high oil prices weaken the hand of reformers.

There are signs that this is already happening with the return of more conservative elements. The limited gains in on the gender front in Saudi Arabia thus are tenuous when compared to the situation in other Gulf economies like Bahrain. Even in Iran, the situation is much better. UAE recently appointed women as state ministers for happiness, and tolerance and a 22 year-old to head youth affairs. In contrast, the only female deputy education minister in the Saudi government lost her job last year. An all-female Saudi fight deck crew might have to wait for some more time!