Healthcare solutions that are smart 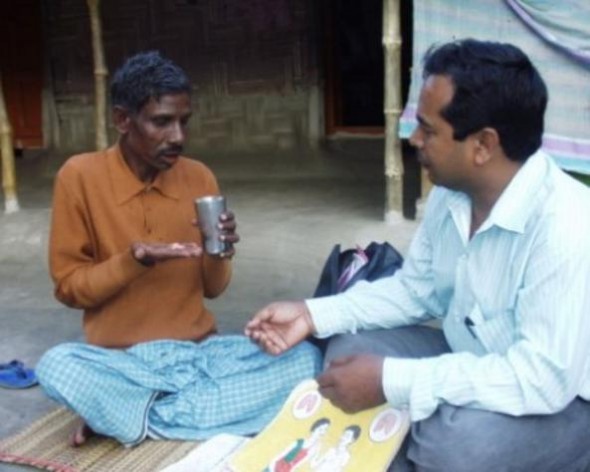 Apr 21 2016 - Every hour, tuberculosis kills nine Bangladeshis. Another seven die each hour from arsenic in drinking water. Simple and cheap solutions are available to avoid almost all these deaths.

Bangladesh has made incredible progress over recent years on many health indicators. But the country continues to face great challenges, like tuberculosis (TB) and arsenic, two of the biggest killers. Many other grave health issues remain too, including factors that threaten mothers and their children.

Bangladesh Priorities can help identify the smartest solutions to national health challenges, as well as many other development issues.

There are well-established ways to treat TB at low cost. Standard drugs for TB treatment and follow-up through community clinics cost Tk. 7,850 per patient. By treating one person for TB, you also prevent that person from infecting others, which makes treatment an even better investment. In total, each taka spent will do Tk. 21 of good.

Some strains of TB, however, are so-called “multi-drug resistant,” meaning that traditional treatments are not effective. Nationally, there are about 4,700 cases of this type of TB each year. The World Health Organization (WHO) is piloting a “Bangladesh regimen” trial in the country that shortens treatment time for these strains from 24 months to just nine months. But because multi-drug resistant TB is up to 45 times more expensive to treat, each taka spent will do just Tk. 3 of good. This shows that it can be much more effective to help the larger group of people who can be treated with conventional methods.

Even though 98 percent of Bangladeshis have access to either piped water or a well, 25 percent of households’ water sources contain arsenic levels that exceed the WHO guideline. New research investigates three water supply options that can largely prevent arsenic exposure: deep tube wells, rainwater harvesting, and pond sand filters. These options would cost between Tk. 1,250 to 1,850 annually per affected household and avert virtually all deaths related to arsenic. It would do about Tk. 7 of good per taka spent. Focusing efforts on the 20 percent worst affected, however, can do even more good—up to Tk.17 in benefits for each taka spent. And because much progress has already been made toward improving sanitation and hygiene, it turns out further investments in these areas would not be nearly as cost-effective as preventing arsenic exposure.

Another pressing health concern is child and maternal mortality. Even though Bangladesh has greatly reduced these deaths, the progress has been uneven. According to the World Bank, the mortality rates are nearly twice as high for infants and young children in the poorest 20 percent of the population compared to those in the richest 20 percent.

New research by Jahangir A.M. Khan, senior lecturer in health economics at Liverpool School of Tropical Medicine, and Sayem Ahmed, research investigator at The International Centre for Diarrhoeal Disease Research, Bangladesh, looks first at making births safer. Getting more women to deliver in medical facilities, which only half do now, could help.

It would cost an estimated Tk. 6,000 per delivery but is not practical for everyone, particularly in remote areas. The experts estimate that total spending of Tk. 8.94 billion (Tk. 894 crore) could move 80 percent of currently unattended births, or 1.5 million deliveries, into medical facilities. This would avert an estimated 3,260 maternal deaths and 34,467 neonatal deaths. Overall, each taka spent would do Tk. 8 of good.

An even more effective option is for community health workers to visit mothers at home both before and after birth. This option is very cheap – just Tk. 850 over the course of a pregnancy. Nearly 750,000 pregnant women could be targeted, and in all, homecare visits could save lives of more than 8,900 infants. Benefits for each taka of spending would be an impressive Tk. 27.

Lastly, the experts look at vaccinations. While 85 percent of children aged 12-23 months are fully immunised, that figure is just 51 percent for children in remote rural areas and just 43 percent for those in urban slums. Vaccinations cost Tk. 1,400-1,900 per child and could save more than 4,100 lives each year. Each taka spent immunising children would do Tk. 10 of good.

These new studies suggest some of the smartest solutions for the health challenges that still plague the country. Would these strategies be some of your top priorities for Bangladesh? Let us hear from you at https://copenhagen.fbapp.io/healthpriorities. We want to continue the conversation about how to do the most good for every taka spent.