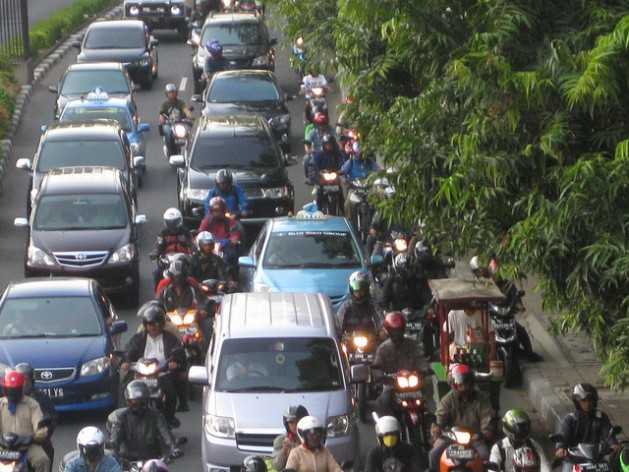 UNITED NATIONS, Jul 7 2016 (IPS) - The Beijing-based Asian Infrastructure Investment Bank (AIIB), which was launched last year with the aim of funding projects on a continent with some of the world’s most populous nations, has pledged over $500 million in four concessional loans to Bangladesh, Indonesia, Pakistan and Tajikistan.

All projects, to be funded by the AIIB, will be “lean, green and clean”, according to the bank’s President Jin Liqun.

“The bank was born with the birthmark of China, but its upbringing is international,” he said, as the 57-member bank also includes Britain, France and Germany.

Martin Khor, Executive Director of the Geneva-based South Centre, told IPS: “The AIIB is a very important initiative whose time has come.”

For so many decades, he pointed out, the international development bank arena was led by the developed countries and there has been so much criticism about the governance system in which the developing countries have a minority of voting rights.

“The AIIB is an institution with a different governance structure with developing countries in the majority but with also participation from many developed countries that decided to join,” he added.

Moreover, said Khor, the AIIB is filling in a deficiency because it is funding the infrastructure needs of developing countries.

The first board meeting last month — and the first projects approval– show that the bank is finally operating, and smoothly too.

“The management has also proclaimed that global standards on environmental and social safeguards will be adopted for the projects.  I hope they keep to this promise.”

The whole operation of the new bank, he noted, will be a great challenge for the developing countries, especially China, which had conceptualized the bank and has the highest equity share, to demonstrate they can lead a successful development bank.

“I am confident the bank will be successful,” predicted Khor.

Last month, the Board of Directors approved the Bank’s first four project-loans financing investments in power distribution and expansion in Bangladesh; road improvements in Tajikistan; highway construction in Pakistan; and slum upgrading in Indonesia.

The Bangladesh project was the Bank’s first stand-alone operation, and the other three projects are co- financing operations with the Asian Development Bank (ADB), the European Bank for Reconstruction and Development (EBRD) and World Bank, respectively.

Both the United States and Japan have so far declined to join the bank.

Asked about the role of the US, State Department spokesman John Kirby told reporters last year: “We’ve noted that China has expressed an interest in leading this effort”.

Obviously, other countries are deciding for themselves the degree to which that they want to participate in this.

“What’s, I think, is important for us – and this was part of the discussion that we had with the Chinese when they were here – is that we welcome the rise of a peaceful, prosperous China; a China that contributes to stability and security, which does include economic dimensions in the region.”

“But the participation of other countries in this are obviously sovereign decisions they have to make. And we’ll just – we’ll see where it goes,” Kirby added.

“The AIIB was also going to play a part in China's efforts to project soft power. Importantly, many developing countries of the Asia-Pacific region had always wanted to see established a lending institution that did not lend with cumbersome and unacceptable strings attached." -- Palitha Kohona.

Palitha Kohona, the former Permanent Representative of Sri Lanka to the UN, told IPS the AIIB  was China’s response to some immediate practical challenges that were emerging in the Asia-Pacific region.

Despite acquiring the status of the world’s second biggest economy, China’s influence in the Bretton Woods institutions (the World Bank and the International Monetary Fund) was limited as the voting power and the senior staff positions in them were dominated by the US and its allies, said Kohona, who has a track record of successfully negotiating with the Chinese.

He said China naturally wished to secure a bigger role in global development and finance, commensurate with its newly acquired stature.

Furthermore, China had accumulated vast financial reserves which it was now seeking to deploy in a secure and mutually advantageous manner, he argued.

“The AIIB was also going to play a part in China’s efforts to project soft power. Importantly, many developing countries of the Asia-Pacific region had always wanted to see established a lending institution that did not lend with cumbersome and unacceptable strings attached. The AIIB was a response to these needs”.

“Although the US and some of its allies talked about the possibility of lending standards being diluted and political considerations influencing decisions, one needs to remember that the West always used the Bretton Woods institutions to advance their political objectives.”

The conditionality that accompanied IMF lending invariably resulted in street riots and deaths. Wikileaks famously revealed how Hillary Clinton as Secretary of State attempted to prevent the IMF from extending a standby loan facility to Sri Lanka which was at the time on the verge of militarily defeating the Tamil Tigers after 27 years of deadly conflict and who were designated as a foreign terrorist group by the US itself, said Kohona.

“The US lobbied hard to prevent its allies from joining the AIIB. But with the prospect of their own companies participating in infrastructure development projects, many Western countries with ailing economies, broke ranks and joined the Bank. Australia, New Zealand, Germany, the UK, and France being among them. China clearly established itself as a lead player in global finance and development through the AIIB, Kohona declared.

The Fund is aimed at supporting Bank members in preparing “sound project proposals”. China’s contribution, the first to the Fund, will allow it to be operational in the fall of 2016.

According to AIIB, the Fund is expected to provide grants to the Bank’s low and middle income member countries for preparation activities, including environmental, social, legal, procurement and technical assessments and analyses, and advisory services. The Bank will seek additional contributions to ensure the Fund’s sustainability.

Although Asia faces a huge infrastructure financing gap, Jin said, there is a shortage of ‘shovel-ready’ bankable projects owing to the capacity limitations.

“Our members have highlighted these constraints during the Bank’s establishment process. I am delighted that our Board has responded to our members’ needs very quickly through the establishment of this Fund. We are very appreciative of China’s timely and generous contribution which will allow us to kick- start the Fund, and have it operational in the autumn.”