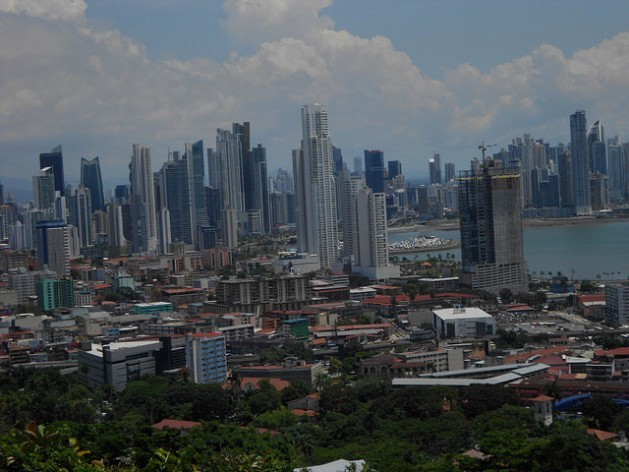 QUITO, Oct 17 2016 (IPS) - Urban development ministers, mayors from all over the world, city planners, architects and municipal authorities, civil society and private sector will meet in Quito, the capital city of Ecuador, for Habitat III, the Third United Nations Conference on Housing and Sustainable Urban Development (17-20 October, 2016), to adopt the New Urban Agenda as well as to strategize and agree on its implementation.

Women’s and grass roots women’s organizations, youth champions for gender equality and UN Women, have consistently supported UN Habitat, the United Nations entity responsible for this agenda, in the three-year preparatory process, and will be at the Conference, to ensure that the historic gender equality and women’s empowerment compact agreed by the international community during 2015 is not only reflected in the outcome, but actually implemented where it matters most – on the ground at the local level, in communities and households. HABITAT III is critical for the effective, accelerated and full implementation of the 2030 Agenda and its transformative and comprehensive gender equality compact, the Paris Agreement on Climate Change, the outcome of the Financing for Development Conference and the Women, Peace and Security agenda in conflict and post-conflict countries.

It also comes at a time of unprecedented urbanization of the world with the large exodus of people from villages to haphazardly and rapidly growing cities in developing countries with inadequate infrastructure, services and social protection, transferring extreme rural poverty into vast city slums.

Studies indicate that there is a higher proportion of women within the urban population overall, and a concentration of women-headed households in urban centers.  Also, the population is becoming younger, and women and youth will continue to make up the majority of people living in poverty, with limited control over assets and with unequal access to economic and income generating opportunities and participation in public and private decision-making.

This population also faces greater vulnerability to gender inequalities, gender based violence and multiple forms of discrimination. For cities and human settlements it is increasingly more complex and challenging to meet the needs of women and young populations including for housing, infrastructure, transportation, energy and employment, as well as for basic services such as education and health care.

Yet for many the trend towards the “feminization of urbanization” creates new opportunities for escaping the inequality trap and realizing their human rights, but it also poses new challenges.

The NUA is a collective vision and a political commitment to promote and realize sustainable urban development.

It provides a strategic opportunity to support the implementation of the Agenda 2030 by improving the spatial configuration of cities and human settlements in a gender-inclusive way and by recognizing the crucial dimensions of women’s rights. In this regard, the Quito Implementation Plan envisions to develop cities that “achieve gender equality and empower all women and girls, ensuring women’s full and effective participation and equal rights in all fields and in leadership at all levels of decision-making, and by ensuring decent work and equal pay for equal work, or work of equal value for all women, as well as preventing and eliminating all forms of discrimination, violence, and harassment against women and girls in private and public spaces.”

In adopting «Leaving no one behind» and «Sustainable and inclusive urban economies» as part of its guiding principles, the NUA commits to ensuring equal rights and opportunities for all, end poverty and discrimination and promoting full and productive employment and decent work for all.

With the adoption of the NUA, Member States are pledging their commitment to adopt sustainable, people-centered, age- and gender- responsive and integrated approaches to urban and territorial development.

Efforts have been made throughout the grounds up and consultative process leading up to HABITAT III to reflect the imperative recognized in the 2030 Agenda and elsewhere that without realizing the human rights of half of humanity – that of women and girls – sustainable development, peace and security, or effective humanitarian action and resilience cannot be achieved.

In this case, gender equality and the empowerment of women and girls is both an end and a vital means to these ends.

Equally it should be noted that there is an inextricable link between the achievement of SDG 11 and its targets on making cities and human settlements sustainable, inclusive, safe and resilient, and SDG 5 on achieving gender equality and empowering all women and girls.

This link has been emphatically recognized as critical to unlock the power of cities to empower women and girls as well to transform gender power relations within cities and human settlements.

In this regard, the NUA draws on SDG-5 and the gender equality component of the 2030 Agenda for Sustainable Development, for example, by committing to promoting safety and eliminating discrimination and all forms of violence; ensuring public participation providing safe and equal access for all (SDG 5.1); eliminating all forms of discrimination, violence, and harassment against women and girls in private and public spaces (SDG 5.2); eliminating harmful practices against women and girls, including child, early, and forced marriage, and female genital mutilation (SDG 5.3); recognize the contribution of the working poor in the informal economy, particularly women, including the unpaid, domestic, and migrant workers to the urban economies (SDG 5.4); ensuring women’s full and effective participation and equal rights in all fields and at all levels of decision-making, including in local governments (SDG 5.5);  promoting access to adequate, inclusive, and quality public services, social infrastructure and facilities, such as health-care services, including universal access to sexual and reproductive health-care services to reduce newborn child and maternal mortality (SDG 5.6).

Furthermore, to consolidate the transformative power of cities, the NUA promotes increased security of tenure for all with particular attention to security of land tenure for women as key to their empowerment; make information and communications technologies accessible to the public, including women and girls, children and youth; and promoting participatory age- and gender-responsive approaches at all stages of the urban and territorial policy and planning processes, from conceptualization to design, budgeting, implementation, evaluation.

The NUA also references age- and gender-responsive measures throughout, including in relation to sustainable, safe, and accessible urban mobility for all and resource efficient transport systems, goods, services, and economic opportunities; housing policies, water and sanitation, and climate change. It makes reference to paying special attention to the needs and rights of women in relation to services provision, full and productive employment, decent work, and livelihood opportunities in cities and human settlements. It also commits to promote gender-responsive urban territorial development, budgeting, and tenure security, among others.

We now have the strongest political commitment ever to embedding the gender equality and women’s rights agenda in the path-breaking twenty-first century New Urban Agenda.  All stakeholders of cities and of all human settlements – peri urban and rural areas – should implement this agenda without which we will not be able to localize and achieve the first-ever universal and ambitious sustainable development agenda; nor will we be able to make and build peace in fragile and war torn countries; nor deal with the enormous migration and refugee crisis, humanitarian and climate change related challenges effectively.

As Habitat III unfolds, the challenge now is to ensure significant frontloading effort in implementation. Gender equality advocates, including UN Women, have played a critical role both in setting the agenda and monitoring the insider process during the run-up to Habitat III.

Now, we must remain vigilant to ensure, with a sense of urgency, its full and effective implementation. Strong accountability mechanisms are to be in place with clear responsibilities for all stakeholders while also providing avenues for women’s and grassroots’ and other civil society organizations at all levels to hold decision-makers answerable for their actions, and seek redress when necessary.

The most transformative commitments of land tenure, violence against women in public spaces and equal access to productive resources and decent employment, will truly root if the age and gender-responsive integrated approaches that the NUA promises are spelled out ensuring that women and girls’ human rights and fundamental freedoms are fulfilled.

The cities have a huge responsibility in generating an enabling environment to grant women and girls equal access to opportunities and the benefits of urban development, including in relation to the sharing of care work, for example through the provision of child care which actually has been left out of the NUA.

City 50/50 is the foundation for building a Planet 50/50 so we need to get all actors – local and national governments, the private sector and civil society to step it up for gender equality and the empowerment of all women and girls!!