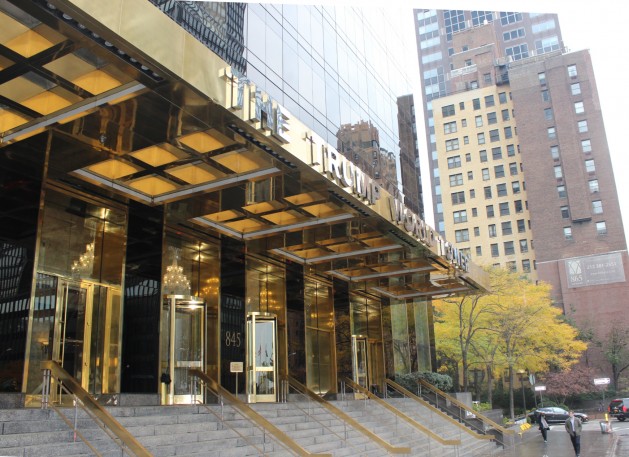 NEW YORK, Nov 9 2016 (IPS) - Across the world, human rights groups are reacting to the election of Donald J. Trump as the President of the United States, urging him to make a renewed commitment to human rights.

In the early hours of Wednesday morning, President-elect Trump announced his victory, saying the country must “bind the wounds of division” and that he intends to work with, rather than against, the international community.

“I want to tell the world community that while we will always put America’s interests first, we will deal fairly with everyone…all people and all nations. We will seek common ground, not hostility; partnership, not conflict,” he said after a long and contentious election campaign.

UN Secretary General Ban Ki-moon offered his congratulations to the 45th U.S. President and highlighted the important role the North American nation plays in the global action and solutions.

People everywhere look to the United States to use its remarkable power to help lift humanity up and to work for the common good,” UN Secretary General Ban Ki-moon

The new Administration must strengthen international cooperation in order to uphold and advance human rights goals, he added.

Oxfam America’s President Raymond C. Offenheiser echoed similar sentiments, noting the need for continued U.S. leadership in the fight against global poverty. He also urged the newly-elected President to lead a strong and compassionate response to humanitarian emergencies which have prompted the worst refugee crisis since World War II.

“We hope President-elect Trump will reconsider his stance against refugees who are seeking safety in America as their last resort. Now is a time for solidarity and compassion, not a time to close our minds, our hearts, or our borders,” Offenheiser stated.

During his campaign, Trump vowed to suspend the Syrian refugee resettlement program which brought 10,000 Syrians to the country this year. He has said that Syrian refugees represent “a Trojan horse” that will spread extremism and enable terrorist acts and called for “extreme vetting.”

“He found a path to the White House through a campaign marked by misogyny, racism, and xenophobia, but that’s not a route to successful governance,” Roth said in a statement.

“President-elect Trump should commit to leading the U.S. in a manner that fully respects and promotes human rights for everyone,” he continued.

Since announcing his bid to run for president in June 2015, Trump has made numerous degrading statements towards a range of communities including Latinos, Muslims, and women.

He has also made controversial policy proposals such as the reinstatement of severe forms of torture, including water boarding.

Executive Director of Amnesty International USA Margaret Huang said that this “disturbing” and “poisonous” rhetoric must not become government policy and that the U.S. must uphold its obligations under international law.

“Some of the darkest moments of U.S. history occurred when elected officials ignored those commitments, including…the use and condoning of torture by government officials,” she told IPS, adding that his statements have raised grave concerned whether the country will adhere to these obligations.

“We will hold President-Elect Trump accountable to his promise of representing all Americans in seeking a ‘better, brighter future,’” she concluded.