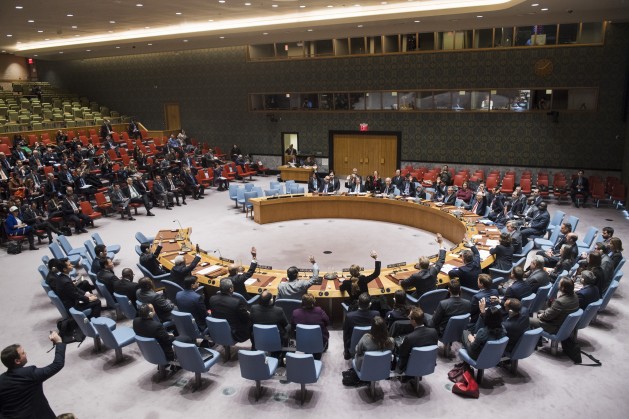 UNITED NATIONS, Dec 19 2016 (IPS) - The UN Security Council – which has long struggled to find common ground on Syria – has unanimously approved a resolution allowing the UN to monitor the evacuation of civilians from Aleppo.

Proposed by France, the resolution calls for the immediate deployment of UN monitors and their “unimpeded access” to East Aleppo in order to ensure the safety of evacuees and those that remain in the besieged Syrian city. Monitors are needed to prevent “mass atrocities” by parties to the conflict, said France.

Russia, which has vetoed six Security Council resolutions on Syria since the conflict began in 2011, was initially ready to block the initiative, calling it a “disaster.”

“We have no problem whatsoever with any kind of monitoring, but the idea that they should be told to go to wander around the ruins of eastern Aleppo without proper preparation and without informing everybody about what is going to happen, this has disaster written all over it,” said Russian UN Ambassador Vitaly Churkin.

After three hours of closed-door consultations on Sunday, a compromise was reached between the world powers to allow monitors to observe after consultations with “interested parties.”

“France calls on each side, in particular the regime and its supporters, to be responsible so that this resolution is implemented without delay and a lasting ceasefire is put in place across the country,” he said.

Syria’s UN Ambassador Bashar Jaafari criticised the move, saying that the resolution was “just another part of the continued propaganda against Syria and its fight against terrorists.”

In response to the vote, Human Rights Watch’s UN Director Louis Charbonneau said that such monitoring is “crucial” and that Syrian, Russian and Iranian militaries must comply with the resolution.

“Russia and Iran have abysmal records complying with their obligations to protect civilians in Syria and allow aid access,” he said.

Charbonneau also highlighted the need for the UN General Assembly to establish a mechanism to gather and preserve evidence of serious crimes and prepare cases for prosecution, noting it could “deter those contemplating further atrocities in Syria.”

Head of Amnesty International’s UN Office Sherine Tadros echoed similar sentiments, saying that UN monitors must be allowed to investigate war crimes and the Security Council must send monitors to all areas of evacuation in the country beyond Aleppo.

“The world is watching how the UN responds to the plight of Aleppo,” she said.

According to Turkish Foreign Minister Mevlut Cavusoglu, approximately 20,000 civilians have already been evacuated from east Aleppo.

The ongoing evacuation process got off to a shaky start with the breakdown of a ceasefire agreement between rebels and government forces, forcing all evacuations to be suspended. Evacuations have since been resumed as an estimated 15,000 civilians remain in the city.

UN Secretary-General Ban Ki-moon described destruction caused by the 6-year civil war in Syria as a “gaping hole in the global conscience.”

“Aleppo is now a synonym for hell…peace will only prevail when it is accompanied by compassion, justice, and accountability for the abominable crimes we have seen,” he said.