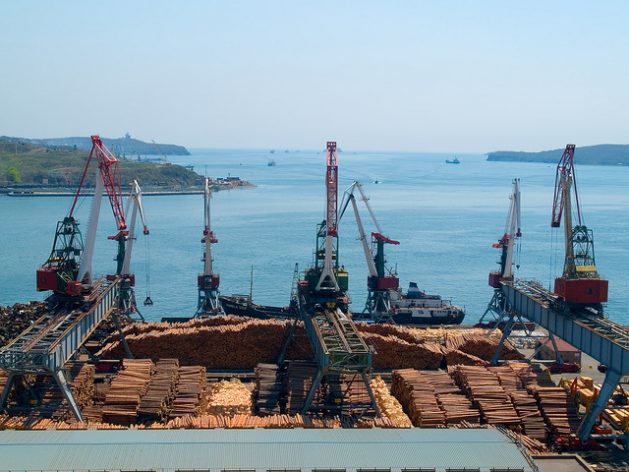 The developing countries went through the 2008 financial crisis without much harm, because of certain conditions, which no longer exist. Credit: Bigstock

A debate is taking place as to whether the time is now ripe for a new crisis.  Most economists and commentators think not, as an economic recovery, admittedly weak, appears to be taking place in developed economies.

On the surface, the present situation seems quite good.  The US stock market continues to hit new highs, and the head of the Federal Reserve recently testified the US economy is robust and job growth is good.

There has been a rebound of foreign capital flows to emerging economies in the first half of 2017, after two years of outflows.

The G20 leaders focused on climate change, trade and disagreements with the United States in their Hamburg summit, and seemed complacent about the world’s economic condition; they didn’t worry about any looming crisis.

But below the surface calm, the waters are boiling and churning.  As Shakespeare wrote in his play Hamlet:  “Something is rotten in the state of Denmark.”

Whether the deep-seated problems boil over shortly into full-blown crisis, or continue to fester for some time more, is hard to predict.  But the world economy is in trouble.

“The possibly greatest danger is a collapse in global cooperation, perhaps even an outbreak of conflict,” he said.  “That would destroy the stability of the world economy on which all depend…

“We in the high-income countries allowed the financial system to destabilise our economies.  We then refused to use fiscal and monetary stimulus strongly enough to emerge swiftly from the post-crisis economic malaise. “We failed to respond to the divergences in economic fortunes of the successful and less successful.  These were huge mistakes.  Now, as economies recover, we face new challenges: to avoid blowing up the world economy, while ensuring widely shared and sustainable growth.  Alas, we seem likely to fail this set of challenges.”

The Star (Malaysia) on 12 July reported that the possibility of the US Federal Reserve raising interest rates and reducing its balance sheet of US$4.5 trillion is causing regional stock markets and currencies to fall and funds to flow out of the region.

Is this another blip that will be corrected soon, or the start of a turn of the boom-bust cycle in capital flows to and from emerging markets?

A comprehensive and in-depth analysis of the global economic situation and how it affects developing countries is given in a recent paper by the South Centre’s chief economist Yilmaz Akyuz, assisted by Vicente Yu.

The US and Europe have wrongly managed the aftermath of the 2008 crisis by policies that will have very adverse effects on most developing countries, according to the paper, “The financial crisis and the global South:  impact and prospects.”   (South Centre Research Paper 76;)

The developing countries went through the 2008 crisis without much harm, because of certain conditions, which no longer exist.

Meanwhile, these countries have recently built  up new and dangerous vulnerabilities which expose them to serious damage when the next crisis strikes.

It is thus imperative that the developing countries review their precarious situation and act to protect their economies to the extent possible to reduce the effects of the new turmoil.

It is thus imperative that the developing countries review their precarious situation and act to protect their economies to the extent possible to reduce the effects of the new turmoil.
Akyuz says the post-2018 crisis has moved in a third wave to several emerging economies after having swept from the US to Europe. A central reason is the wrong crisis response policies of the US and Europe.

“There are two major shortcomings:  the reluctance to remove the debt overhang through orderly restructuring, and fiscal orthodoxy,” adds Akyuz.

“These resulted in excessive reliance on monetary policy, with central banks going into uncharted waters including zero and negative interest rates and rapid liquidity expansion through large bond acquisitions.

“These policies not only failed to secure a rapid recovery but also aggravated the global demand gap by widening inequality and global financial fragility by producing a massive build-up of debt and speculative bubbles.  They have also generated strong deflationary and destabilising spillovers for developing economies.”

When a new crisis comes, developing countries will be harder hit than in 2008.  Their resilience to external shocks is now weak, due to three factors.

First, many developing economies deepened their integration into the international financial system, resulting in new vulnerabilities and high exposure to external shocks.

Their corporations built up massive debt since the crisis, reaching US$25 trillion (95% of their GDP);  and dollar-denominated debt securities issued by emerging economies jumped from $500 billion in 2008  to $1.25 trillion in 2016, carrying interest rate and currency risks.

Second, the current account balance and net foreign asset positions of many developing countries have significantly deteriorated since the crisis.  In most countries, foreign reserves built up recently came from capital inflows rather than trade surpluses.  They are inadequate to meet large and sustained capital outflows.

Third, the countries now have limited economic policy options to respond to adverse developments from abroad.  Their “fiscal space” for counter-cyclical policy response to deflationary shocks is much more limited than in 2009;  they have significantly lost monetary policy autonomy and lost control over interest  rates due to their deepened global financial integration; and flexibile exchange rate regimes are no panacea in the face of financial shocks.

“Most developing economies are in a tenuous position similar to the 1970s and 1980s when the booms in capital flows and commodity prices ended with a debt crisis as a result of a sharp turnaround in US monetary policy, costing them a decade in development,”  warns Akyuz.

It would be hard for some of them to avoid international liquidity or even debt crises and loss of growth in the event of severe financial and trade shocks.

Unfortunately, the South has not been effective in reflecting on these problems nor in taking collective action.

Global reforms are required to prevent the major countries from transmitting the effects of their wrong policies to developing countries; and global mechanisms are needed to prevent and manage financial crises.

There have been many proposals for reform in the past but hardly any action taken due to opposition from developed countries.

“Now the stakes are too high for developing countries to leave the organisation of the global economy to one or two major economic powers and the multilateral institutions they control,” concludes Akyuz.

If his wide-ranging analysis is correct, then the crisis that started in 2008 will enter more dangerous territory due to new factors fanning the flames.

The underlying  causes are known, but what is yet unknown is the specific event that will trigger and ignite a new phase of the crisis, and when that will happen.

When the new crisis takes place, developing countries will in a less fortunate position to ride through it compared to 2008, so there is ever less reason for complacency.

Each country should analyse its own strong and weak spots, its vulnerabilities to external shocks, and prepare actions now to mitigate the crisis in advance, rather than wait for it to happen and overwhelm its economy.