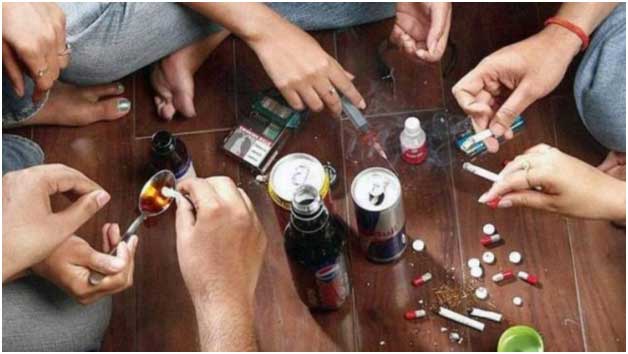 The latest statistics released by the UN Office on Drugs and Crime (UNODC) are staggering: 35 million people across the globe currently have a substance use disorder, and as of 2017, 585,000 people have died worldwide as a result of drug use.

According to a recently-released UNODC report, the lack of proficient drug treatment and facilities for those that need it is impacting mortality rates at alarming levels.

Hence, it stands to reason that treatment and prevention are immensely falling short of the mark on a global scale.

Prisons are also no exception to these shortcomings. In fact, the Report unmasked that those incarcerated for drugs are more likely to continue being exposed to drugs.

“In terms of data, we did some data collection, always trying to get as much as possible, in terms of socio-economic characteristics, we would have this type of data, I imagine, and this is also something that will run throughout the new report, and is being discussed now.” Chloé Carpentier, Chief of the Drug Research Section told IPS.

The issue between drugs and human rights is on Secretary General António Guterres’ radar as well.

“Together, we must honour the unanimous commitments made to reduce drug abuse, illicit trafficking and the harm that drugs cause, and to ensure that our approach promotes equality, human rights, sustainable development, and greater peace and security.” Secretary General António Guterres stated on the International Day Against Drug Use and Illicit Trafficking. 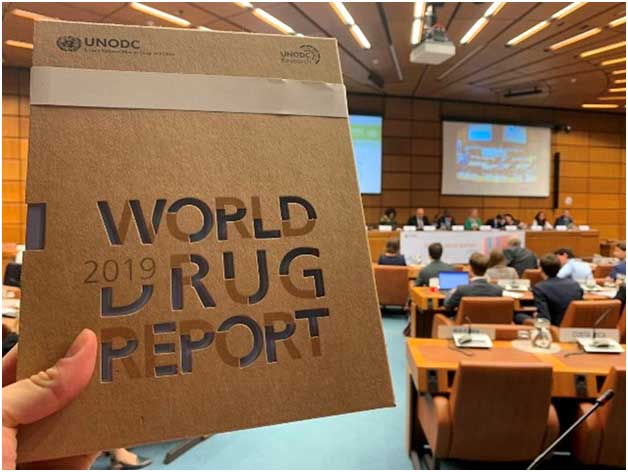 “We will make sure that no one with a drug problem is left behind” Dr. Miwa Kato assured, during the official launch of the Report on June 26.

Dr. Kato continued to push this message throughout her speech and cited that “Health and justice need to work hand in hand.”

Beyond the UN, this is a topic of interest for the academia world as well, since young people are heavily susceptible to a substance use disorder.

“It is important that we say people— not user or addicts, that language itself is stigmatizing.” Dr. Danielle Ompad, Associate Professor, College of Global Public Health and Deputy Director, Center for Drug Use and HIV Research at New York University (NYU) told IPS.

Dr. Ompad highlighted the importance of person-first language, citing that “It is important how we refer to people, and view them as humans, and not just the behavior (the substance use).

In terms of the World Drug Report, she noted that “The war on drugs, if you look at it, hasn’t really been an effective war”, and elaborated that the focus should not be supply- side intervention, because in the long run, drugs are going to be produced and sold no matter what, which leads to mass incarceration, which doesn’t benefit any party.

It is also important to recognize that “not everyone needs treatment, and those that do should absolutely have access to it. But just because you use marijuana does not mean you are an addict”.

Meanwhile, tracing back to the issue of treatment, the Report affirmed that over 80% of the world’s population lack access to adequate treatment with only 1 out of 7 people with a substance use disorder receiving treatment each year.

The Report showcased that women cited a strong sense of fear that kept them from seeking the help that they needed for a variety of reasons that ranged from possible legal issues to the lack of childcare while in treatment.

Another issue is several countries, particularly in Asia, is the death penalty for any person found guilty of a drug ‘offense.’

Last month, Sri Lanka’s President, Maithripala Sirisena signed death warrants for four convicts- thus pushing the notion that those who have a substance use disorder are ‘dirty’ and should be disposed of.

Similarly, in a 2014 study conducted by Johns Hopkins Bloomberg School of Public Health, it was shown that having a substance use disorder was viewed more negatively than mental illness. Ironically, however, the two are all but intertwined.

This is also evidenced by the Report- about half of the world’s population that develop a mental disorder will also experience a substance use disorder in their lifetime.

However, it is to be noted, that despite all of the above, the Report only cited the “lack of effective treatment interventions based on scientific evidence and in line with human rights obligations.” but made no further elaborations on the what’s and how’s and was only discussed briefly at the official Report launch.

That said, the issue of ensuring those that do have a substance use disorder are provided for while figuring out more beneficial and healthier initiatives to reduce drug rates across the globe are currently being discussed among the United Nations (UN) and United Nations Office on Drugs and Crime (UNODC).

Dr. Ompad said for better or worse, licit, and illicit drug use is part of our world.

“Focus a little bit more on harm reduction,” Dr. Ompad stated, and above all “We need to stop the war on the people who use drugs,” she declared.