UNITED NATIONS, Jul 17 2019 (IPS) - Over 820 million people across the globe are currently undernourished, according to a new report released here.

After nearly a decade of progress, the number of people who suffer from hunger has slowly increased over the past three years, with about one in every nine people globally suffering from hunger today, said the new annual report titled State of Food Security and Nutrition 2019 released July 15.

“It is an abomination that more than 820 million people are undernourished and nearly two billion people do not have regular access to sufficient, safe, and nutritious food.” Gilbert Houngbo, President of the International Fund for Agricultural Development (IFAD), told IPS.

Speaking during the launch of the new report, he said: “There is a direct connection between food insecurity and how food is grown and how food is distributed. Most food insecure people live in rural areas; many of them are farmers themselves. Farmers who are not earning enough to buy what they cannot grow,” he declared.

In an effort to combat and investigate the global food crisis, the joint report was released by five UN agencies: the Food and Agriculture Organization (FAO), IFAD, the UN Children’s agency UNICEF, the World Food Programme (WPF), and the World Health Organization (WHO).

The report is part of an ongoing process towards the Sustainable Development Goal to achieve Zero Hunger, which strives to end hunger, promote food security, and end all forms of malnutrition by 2030. This year’s report keyed in on the roles of economic slowdowns and downturns in food security and nutrition. 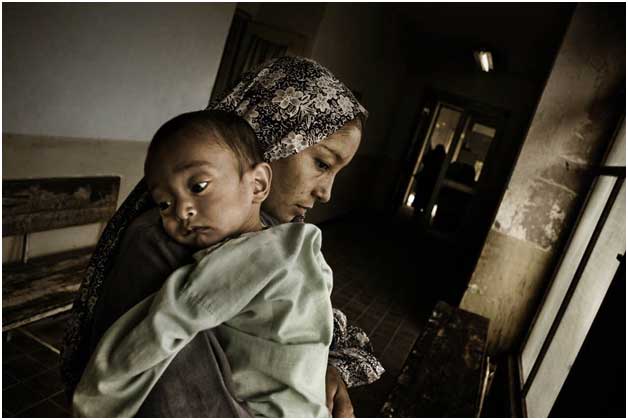 According to the report, hunger is increasing in many countries where economic growth is lagging, particularly in middle-income countries and those that rely heavily on international primary commodity trade.

The annual UN report also found that income inequality is rising in many of the countries where hunger is on the rise, making it even more difficult for the poor, vulnerable or marginalized to cope with economic slowdowns and downturns.

Asked about potential solutions, and what role IFAD will play going forward, Houngbo said: “These farmers need to be better integrated into markets, and throughout the different value chains”.

He said there is a need to focus on those who are suffering the most – especially women and indigenous peoples. In every region of the world, women are more likely to be food insecure than men. “This is the work of the investment of IFAD.”

Thus, the solution to the problem starts at the root— farmers and those who are in most immediate need.

“We need a radical transformation of our food systems” Amina Mohammed, Deputy- Secretary General to the United Nations said at Monday’s launch.

She went on to highlight the cruciality of working towards a “sustainable, nutritious, inclusive and efficient” plan that also would “protect the planet, protect nutrition, and ensure diversified food.”

Since hunger wears many different faces, the Report aptly called for tailored action that would address the specific constraints within each country.

“Our actions to tackle these troubling trends will have to be bolder, not only in scale but also in terms of multisectoral collaboration,” the report said.

The scale is certainly bolder, as David Beasley, Executive Director of the World Food Programme (WPF) pointed out that an average of $115 billion would be required on a yearly basis to truly reach that desired zero hunger.

But with 1.3 billion people across the globe currently suffering from malnourishment, (as the Report evidenced), the study firmly upholds that innovative and efficacious approaches must be taken.

However, the world food crisis is not just an issue of food scarcity, but also reveals the significance of a human relationship with food.

“We are all born with the ability to eat intuitively, but as we become scheduled in our eating patterns and begin to diet, we lose this skill.”, Chevese Turner, Chief Policy and Strategy Officer at the National Eating Disorders Association (NEDA) told IPS.

“Eating intuitively is the practice of listening to hunger/fullness cues and responding accordingly,” he added.

“It is a skill that requires plenty of practice and like anything, it is not perfect.”

In terms of what exactly is sparking this food- fearing craze, Turner said: “Our current fear of food is rising as a result of the barrage of complex health information that is distilled into “sound bites” via the media, the fear of higher weight bodies (fatphobia), and the increasing reliance on strict external rules many now utilize in their approach to eating. Together, this creates a “diet culture” in which people develop negative relationships with food and for some, an actual fear of food.”

This is evidenced in the report which also focused on the statistics of obesity worldwide. The report cited an estimated 672 million adults who are obese, and 338 million children are overweight across the globe.