NEW YORK, Apr 21 2020 - In her book, ‘A World Made New: Eleanor Roosevelt and the Universal Declaration of Human Rights,’ Mary Ann Glendon tells the beautiful story of how out of the ashes of the Second World War emerged the world’s pre-eminent rights framework. The Declaration recognises the inherent dignity of every human being and was born out of the shared horror felt by the international community with war crimes and genocide on an unprecedented scale. It acknowledged that fundamental change was needed to make the world fit for future generations. 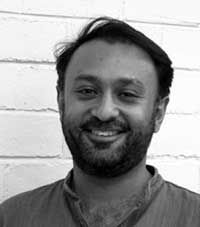 Today, the COVID-19 pandemic is disrupting our lives and livelihoods in wholly unanticipated ways, testing the resilience of our social, economic and political structures. Fundamental problems in our economies and societies stand exposed and accelerated. A global recovery effort will be needed. But it must do more than just paper over cracks. Business as usual approaches won’t work. In the current scenario, we at CIVICUS, the global civil society alliance, believe that resolute action on five key areas is crucial.

First, we need to rethink how our economies are structured. The response to the pandemic has created huge economic shocks. It is estimated that cutbacks have amounted to the loss of about 195 million jobs over the first three months alone. People are experiencing lay-offs and pay cuts on a monumental scale. Small businesses built through a lifetime of striving and saving are facing ruin. Street vendors and others who work in the informal sector are facing deprivation and even starvation. Many will face ruinous healthcare bills. All of this adds to the immeasurable human cost of losing precious lives. The pandemic has already exposed the fragilities and inequities in our economies. Those who are presently performing the most essential jobs to keep our societies running are often the least rewarded. It’s estimated that half a billion people could be pushed into poverty by the impacts of COVID-19. With over 90 countries seeking assistance from the International Monetary Fund, the present economic lockdown is being characterised as the worst economic crisis in nearly a century.

To navigate a new normal, our economies will need to change in fundamental ways as too many people are adrift. Solidarity and mutual accommodation between workers and employers, property owners and tenants, and creditors and debtors, will be key. An egalitarian economic model that protects the weakest and creates stability through redistribution of resources would be a wise choice for decision makers. Now is the time to reinforce public control over essential services such as health, test new models such as a universal basic income and try out progressive modes of taxation to create fairer societies.

Second, the needs of the most excluded should be placed front and centre. Daily wage labourers, informal workers and migrants, who are often the most impoverished, are bearing the brunt of the present crisis. Their living conditions make physical distancing and access to proper sanitation particularly difficult. Xenophobia, denial of access to basic services and repression by law enforcement agencies against excluded groups has been compounded in the current scenario. Risks of abuse have multiplied as violence against women has spiked during lockdowns. In several places, the pandemic has reinforced racism and discrimination against disadvantaged religious and ethnic minorities. Some LGBTQI+ people have been targeted by misinformation accusing them of spreading the virus. The elderly and those with compromised immune systems who don’t have access to adequate nutrition and health care are extremely vulnerable to the ravages of the virus.

A key aspect of reconstruction efforts post COVID-19 should focus on adopting a human rights approach that seeks to reach the most disadvantaged first. Decision makers should make wise and humane choices that enhance well-being through spending on social security nets rather than military infrastructures and repressive state apparatuses. A key aspect of reconstruction efforts post-COVID should be to dismantle systems that perpetuate cycles of poverty and exclusion, and adequately compensate the most affected.

Third, the spotlight needs to be on climate justice and safeguarding biodiversity. Lockdowns have drastically lowered pollution levels and made air breathable in several major cities. Social media is replete with pictures of mountain vistas previously hidden due to pollution, and of endangered animals emboldened to walk the empty streets of shuttered towns. In every corner of the world, the reality of environmental degradation is visible – along with the possibility of reversal. The pandemic has provided the impetus to question our patterns of conspicuous consumption while also exposing the jarring environmental impacts of contemporary ways of life. Just last year wildfires and flooding devasted large swathes of the planet from the Amazon to Australia, causing immeasurable suffering and loss of biodiversity.

The healing of nature that we’ve started to see from people staying home should be encouraged and become the post-pandemic new normal.Indigenous communities around the world have long lived in greater harmony with nature. Decision makers can learn from their ways of life by prescribing practices that allow for regeneration of natural resources and focus on sustainable means of production and consumption. Earnest implementation of the Paris Agreement on climate action to limit our emissions of greenhouse gases and control rises in temperatures can set us on a better path.

Fourth, international cooperation is crucial. The pandemic has laid bare the artificial nature of our borders and accentuated the need for cooperation – rather than competition – between countries. Nonetheless, a few political leaders have taken recourse in self-serving insular modes of nationalism. The spread of COVID-19 has shown that sharing information, technology and resources can make a huge difference in saving lives and lessening negative impacts. The importance of multilateral institutions, especially the United Nations, which turns 75 this year, in understanding the extent of the crisis and devising responses appropriate to the scale of the pandemic cannot be overstated. Governments around the world have turned to multilateral institutions for leadership and support in the fight against the virus. COVID-19 has shown us that we need stronger international cooperation and unified actions across borders. The UN Secretary General’s call for a global ceasefire is significantin this respect.

Responses to the pandemic must therefore safeguard the independence of international institutions, including the World Health Organisation, from the narrow geo-political interests of powerful states and the profit driven impulses of mega businesses. This will surely not be the last global crisis. Investments by states in well-resourced international institutions able to respond rapidly to future emergencies is crucial. Payment of dues on time to the UN would be a good first step.

Fifth, civic freedoms and unfettered civil societies are needed now more than ever. Political leaders are making life-or-death decisions and choices that could define the fate of generations. The need to access credible information, shape decisions and hold decision makers to account has never been more acute. This is a hard task, even in normal circumstances, when only three per cent of the world’s population live in countries where the civic freedoms of association, peaceful assembly and expression are adequately protected. Constraints on civil society freedoms have been further exacerbated through declarations of emergency in over 70 countries.

In many parts of the world, delays in election processes, censorship and restrictions on press freedom in relation to COVID-19 have made it harder for people and civil society organisations to articulate their needs and question the official response to the pandemic. Limits on freedom of movement and assembly have proliferated, disrupting public protests claiming rights and demanding justice. Law enforcement agencies have been given enhanced coercive powers, which although temporary in nature might linger.

One thing is clear: as often happens in crises, civil society organisations around the world have come forward, providing food, health care and other essential services to those in need. They have demonstrated leadership in stepping up protections for their workers and are actively contributing innovative ideas and policy solutions to pandemic responses. In the present scenario, public safety concerns should be balanced by a rights-based approach. All emergency measures should stand the test of proportionality and necessity in a democratic society, in line with international law and the principles enshrined in the Universal Declaration of Human Rights. Emergency measures should be withdrawn as soon as normalcy returns.

The post-Second World War experience has shown that crisis moments can be important turning points. COVID-19 has exposed deep fault-lines in our current way of living. Course correction through a revamped societal contract is urgently needed. The road less travelled might lead us to something beautiful.