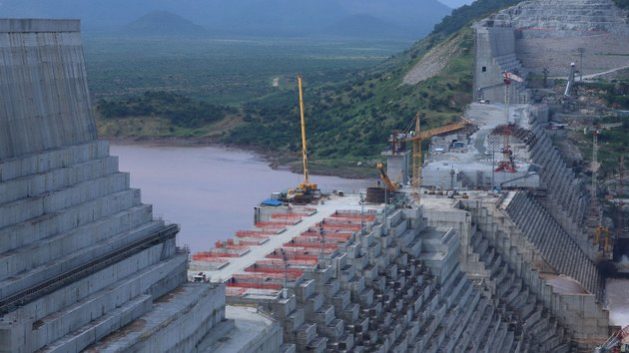 TUNIS, Jul 14 2020 (IPS) - In the 1990s, after the collapse of the USSR, the idea that water would drive the wars of the future took hold among analysts and the media. Three decades later and that grim prospect has, fortunately, not yet materialised, and international cooperation, despite its ups and downs, is the norm in the management of transboundary waters.

But the world may never have been as close to a ‘war over water’ as it is now, following the escalation in the dispute between Egypt and Ethiopia over the construction of the Grand Ethiopian Renaissance Dam (GERD), which has reached its final stage. The Ethiopian authorities intend to start filling the dam’s reservoir in the coming days, before finalising an agreement with Egypt, which has inflamed tensions.

The disputes between Cairo and Addis Ababa over water from the Nile began a decade ago when the announcement was made of the plans to build a huge dam, one of the largest in Africa and the world, covering an area of 1,800 km2 and with a capacity of 74 billion cubic metres.

The world may never have been as close to a ‘war over water’ as it is now, following the escalation in the dispute between Egypt and Ethiopia over the construction of the Grand Ethiopian Renaissance Dam (GERD), which has reached its final stage

The main purpose of the dam is to generate electricity, a project that the Ethiopian government considers essential for the development of the country, which is in the full throes of economic and demographic growth. The GERD could even enable it to become an energy hub and to export electricity to its neighbours. Egypt, meanwhile, fears a considerable reduction in the flow of the Nile, which accounts for more than 90 per cent of the desert country’s water resources.

“The Ethiopian government is following a policy of fait accompli. It seems their aim is to prolong the negotiations while they keep building the dam, to avoid any restrictions on their management of the project,” says Nader Noureddin, a professor specialising in water resources at Cairo University.

These suspicions have been reinforced since Ethiopia reneged on the agreement reached between the three countries in February, after months of negotiations in Washington under the mediation of the United States and the World Bank.

“The negotiations have progressed a lot, and there are only a few points of contention between both countries now. There is no indication that Ethiopia is not negotiating in good faith. I think it wants a deal, to avoid pressure from the international community, which it needs if it wants to develop,” says Alfonso Medinilla, a researcher for the ECDPM think tank, specialising in Africa.

The three parties (Egypt, Sudan and Ethiopia) resumed their negotiations in early June, this time with the US, the European Union and South Africa as observers. Egypt is trying to step up the international pressure on Ethiopia by involving the United Nations Security Council.

In 2015, the leaders of the three countries signed a Declaration of Principles that was to serve as a framework for resolving the dispute. The document, however, was very vague, and each side interpreted it differently. One of the main stumbling blocks has been the length of the process of filling the reservoir (Ethiopia wanted three years, Egypt ten), but a consensus seems to be emerging around a period of between five and seven years.

More challenging is the issue of the mechanism for resolving future conflicts over the dam’s management, and above all, the minimum flow that Egypt should receive in the event of one or several years of drought. This last point is crucial in the context of climate change.

“Studies show that the deviation describing inter-annual variability of total Nile flow could increase by 50 per cent, but that extreme events such as drought and floods will become more recurrent,” writes Ana Elisa Cascao in the chapter on the GERD in the book Natural Resource Conflicts and Sustainable Development.

Development ‘at any cost’ or ‘fair and sustainable’ development

“This conflict is very complicated because it is not only about the GERD but also has historical roots that one needs to know about to understand it,” explains Medinilla.

Egypt’s demands are based on agreements reached during the British colonial era and updated in 1959 in a bilateral treaty signed with Sudan. By virtue of the treaty, 55,500 cubic metres correspond to Egypt and 18,500 to Sudan, which means, between the two of them, they control around 90 per cent of the Nile’s flow.

The other nine Nile Basin states (Burundi, Democratic Republic of Congo, Ethiopia, Eritrea, Kenya, Rwanda, South Sudan, Uganda and Tanzania) consider these quotas to be unfair, and in 2010 six of them signed what is known as the Entebbe Agreement, which seeks to redefine the distribution of the water from the world’s longest river, the fruit of the confluence, near Khartoum (Sudan), of the White Nile and the Blue Nile. The GERD is located on the Blue Nile.

“Egypt cannot live with a substantial reduction in Nile water. Its economy and water consumption depends on it,” says Noureddin, pointing out that each Egyptian has an average of just over 500 cubic metres of water a year, half of the threshold set by the United Nations for a country to be considered under water stress.

According to the professor, the water should be distributed on the basis of need and the existence of alternative water sources: “Ethiopia has nine rivers, several big lakes and abundant rains. In total, its annual water resources amount to 122 billion cubic metres, while Egypt has only 62 billion, 55.5 of which come from the Nile.”

Agriculture now accounts for 12 per cent of GDP and employs 24 per cent of the workforce in Egypt, where the first great human civilization could not have arisen in the desert without the waters of the powerful river.

“More than 65 million people live [in Ethiopia] without access to electricity. The river’s potential is huge. Ethiopia has long been known for its humanitarian crises and famine. This has to change and [we must] lift people out of abject poverty,” says Zerihun Abebe, a member of the Ethiopian negotiating team.

Ethiopia’s GDP per capita is around US$780 (€780), four times lower than in Egypt. For Ethiopians, the construction of the Grand Ethiopian Renaissance Dam is a matter of national pride.

Given the difficulties raising the €4.5 billion (around US$4.9 billion) to cover the cost of the project through international funding, on account of its controversial nature, the Ethiopian government has covered much of the cost through ‘patriotic’ bonds purchased by its own citizens.

According to some experts, the politicisation of the conflict and the fact that it has inflamed nationalist sentiment in both countries is, precisely, one of the main obstacles to a negotiated settlement.

“Egyptians and the rest of the world know too well how we conduct war whenever it comes,” Birhanu Jula, Ethiopia’s deputy chief of staff, recently declared in response to the drums of war being beaten in certain circles in Cairo. The limited trade between Egypt and Ethiopia also makes it difficult to find imaginative solutions, as it does not allow for negotiations to be expanded to include compensation mechanisms at other levels.

“The only matter that could take Egypt to war again is water,” said President Anwar Sadat in 1979, after signing the Camp David Accords with Israel. The countdown to avoiding this scenario is coming to an end, and the Ethiopian prime minister, Abiy Ahmed, winner of the Nobel Peace Prize in 2019, is left with very little room for manoeuvre during this election year.

“I think the deadline to reach an agreement is three more months. After that, we could see the first water war in history,” warns Noureddin. Although the two countries do not share a border, a war could be waged through a proxy, be it another state or a militia. The skirmishes recently seen on the border between Ethiopia and Sudan are not, perhaps, coincidental.