NOIDA, India, Nov 13 2020 (IPS) - “My daughter is eight years old. In May 2017, I had her ‘Khatna,’ her circumcision, done. I had taken her to a traditional cutter. Once back home I made her sleep on the bed. After some time, around 4:00 p.m. I took her to the bathroom, she was bleeding as if she had started her menses. It seemed like she was urinating blood. By 6:00 p.m. my daughter had been bleeding so heavily, the blood had soaked three bed sheets and I was very worried.  And my daughter was quiet and she also kept asking me if she will be fine.” Excerpt from:  How I got her from the hands of death: WeSpeakOut study 2018

The child belongs to the Bohra community, where Female Genital Mutilation (FGM) persists.  A study by my organisation, WeSpeakOut, in 2018 indicates that over 75% of the girls in the community are cut. Their clitoral hoods are removed.  They are not all “fine.”  Some suffer life-threatening infections.  And the procedure leaves girls physically and emotionally scarred and robbed of sexual pleasure for a lifetime.

If FGM in India and elsewhere in Asia remains hidden and unmeasured, if governments collect no data, UN agencies should sponsor the large-scale qualitative and quantitative studies needed, and support groups trying to do this research on the ground

The Bohra community is not in Africa, long the focus of global efforts to stop FGM.  It is in India.  The fact that it happens here came to light when women, including me, spoke about our childhood traumas, researched the prevalence of FGM, and exposed it to the world.  But we are part of a global blind spot on the FGM map.  To many in the Indian government and the international community, we remain invisible.  India has no government database on FGM, a secret and silent practice for centuries

My survivor-led organization, WeSpeakOut, has spent the last five years meeting with top officials from government commissions and ministries, providing evidence and testimony, and circulating petitions, including one that garnered over 200,000 signatures.

We have been imploring the government to pass a law banning FGM.  We and members of Parliament who have asked questions about this have been rebuffed.  .

The Indian government’s official response is that since there is no official data on  the prevalence of FGM in India, FGM in India does not even exist.  They claim this, even though WeSpeakOut provided them surveys as part of the consultations held around the country to track progress toward the Sustainable Development Goals (SDGs).

Eliminating FGM is a clear target under the SDGs, agreed to by 193 United Nations member countries around the world, including India.  But the government’s obfuscation undermines this goal.  It leaves the United Nations — the global organization that is supposed to be able to shed light, offer guidance, and apply pressure so that nations do the right thing—powerless.

India is not alone.  It is one of at least 60 countries that do not collect or provide national-level data on the prevalence of FGM.  The sustainable development goal 5.3 is to end female genital mutilation or cutting by 2030, and with less than ten years to go we are still not even sure of the extent of this practice globally. 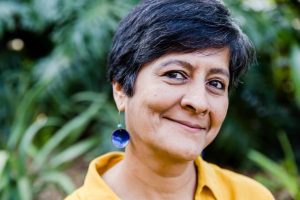 If our governments continue to pretend the problem does not exist, international organizations should step in.

They could start by including India in official United Nations documents on FGM. At international forums where our government representatives have signed treaties denouncing FGM, Indian officials should be asked about FGM in India. India should not be allowed to hide behind its supposed support for international treaties and conventions promising to end FGM globally, while ignoring and covering up the practice within its own borders.

Countries like India that committed to fast-track progress for achieving the SDGs pledged to Leave No One Behind.  What is the value of this pledge if nations that break this promise cannot be held accountable?  There must be any international mechanism to pull up truant nations.

If FGM in India and elsewhere in Asia remains hidden and unmeasured, if governments collect no data, UN agencies should sponsor the large-scale qualitative and quantitative studies needed, and support groups trying to do this research on the ground.   International funding does not typically reach organizations like mine, and we survive with hardly any local contributions. We can all be part of the larger global effort to end FGM by 2030. We can collaborate to put together the funding, research, legal and technical expertise needed to achieve this collective goal.

All SDGs are interconnected; poverty, development, gender justice, peace and prosperity cannot be viewed in isolation. The SDGs are universal and transcend borders, and neglecting one goal hinders progress on others.  For this to work, governments cannot be evasive or complacent.  They need to mean what they say, and to demand the truth from others.

They failed to do this at the concluded United Nations High Level Political Forum 2020.  But there will be other high-profile international meetings  – more opportunities to ask tough questions and demand honest answers.

Masooma Ranalvi is the Founder of WeSpeakOut, India’s largest FGM survivor-led organization. She is a 2020 Aspen Institute New Voices Fellow. Follow her on Twitter @RanalviMasooma