Safe Drinking Water Should Mean Safe Collection Too: How to Reduce the Risks 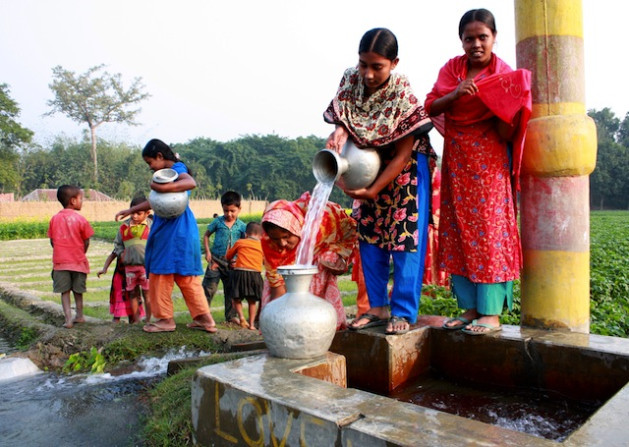 Dec 14 2020 (IPS) - Globally, millions of people don’t have access to water in their home. They collect water from shared water supply points or surface water sources and physically carry water containers back home for household use.

The importance of accessing water that’s safe to drink and enough water for washing, cleaning and cooking is clear. But little attention has been given to the safety of water collection away from home, or to the health and safety of the people who typically do this work. It’s most often women and girls from low income households who must queue for, collect and carry water home.

Little attention has been given to the safety of water collection away from home, or to the health and safety of the people who typically do this work. It’s most often women and girls from low income households who must queue for, collect and carry water home

Three key pieces of research that we’ve done recently highlight the dangers of collecting water. The studies include many African countries and each report cites specific country level data.

The research included a systematic review of published studies, analysis of data from surveys in 41 countries and a survey of 6,291 people across 24 sites in 21 low and middle income countries. These respondents were asked whether they had ever been injured while collecting water.

We also did a survey to find out who was getting injured while fetching water. The mean age of those surveyed was 37 years. Just over 72% were female and 43% lived in rural settings. Of our respondents, 845 (13%) reported one or more water-fetching injuries (879 injuries).

In estimating the global burden of disease from lack of access to safe drinking water, injuries from collecting water are often ignored. This means that problems associated with a lack of safely managed drinking water are likely to be underestimated.

Who’s getting injured and how

Each additional hour spent collecting water per week was associated with a 2% increase in the odds of injury. Off-premise water sources requiring queuing and surface waters almost doubled the odds of injury compared to on-premise sources.

In our survey, 554 people who talked about how their injury occurred revealed some of the dangers of water collection. Falls were most common (76.4%); people described slipping or falling while queuing or carrying water. Women were nearly twice as likely to fall as men (61.4% vs 33.7%). Nearly all “traffic accidents” – motorised vehicle accidents, bicycle accidents or while riding an animal during water fetching – occurred in Pakistan, Democratic Republic of Congo and Kenya. These were more likely to be reported by men.

Injuries which occurred directly from carrying water containers or collecting water from wells accounted for 6.5% of injury mechanisms.

Physical confrontation (6.9%) also caused injury, and men were more likely than women to report this (10.7% vs 3.5%). There were intimations of sexual assault, for example a woman from Kampala said:

The caretaker of the pre-paid meter wanted to fall in love with me, but I told him that I am married and have children which led him to hate me, and he has hit me before.

Other researchers have reported that gender based violence occurs when people access water, sanitation and hygiene facilities. We expect that interpersonal violence was under reported in our study. Respondents may not discuss it because of feelings of distress or shame, fear of punishment from attackers or family members, or the absence of support for victims. There’s a clear need for water supply systems that prioritise personal safety alongside the traditional goals of improving water quality and quantity.

Our findings suggest several ways to manage and reduce the risk of water-fetching injuries through existing programmes. These include: