Secretary-General António Guterres addresses the Conference on the Establishment of a Middle East Zone Free of Nuclear Weapons and Other Weapons of Mass Destruction, which took place November 29 through December 3. Credit: UN Photo/Eskinder Debebe

UNITED NATIONS, Dec 8 2021 (IPS) - Israel’s nuclear presence in the Middle East is best characterized as “the elephant in the room” -– an obvious fact intentionally ignored with deafening silence.

A Wall Street Journal cartoon, amplified the idiom, when it depicted a group of animals huddled together in the jungle with the elephant complaining: “I don’t know why they keep ignoring me when I am in the room.”

Nobody wants to openly discuss Israel as a nuclear power because it is a politically-sensitive issue, particularly in the United States.

And Israel has remained tight-lipped in the company of the world’s eight other nuclear powers– US, UK, France, China, Russia, India, Pakistan and North Korea— and it has never formally declared itself a nuclear power.

In an op-ed piece in the New York Times last August, Peter Beinart, a Professor of Journalism and Political Science at the City University of New York, wrote that US attempts at “feigning ignorance about Israeli nuclear weapons makes a mockery of America’s efforts at non-proliferation.”

Last December, President-elect Joe Biden warned that if Iran goes nuclear, Saudi Arabia, Turkey and Egypt might go nuclear too — “and the last goddamn thing we need in that part of the world is a build-up of nuclear capability.”

But like most US politicians and presidents, including Barack Obama, Biden too believes that Israel’s nuclear weapons are best ignored—and never challenged in public.

Back in 2009, says Professor Beinart, when Obama was asked by a reporter if he knew of any country in the Middle East with nuclear weapons, he said: “I don’t want to speculate.”

It is time for the Biden administration to tell the truth, Beinart wrote.

The nuclear weapons gamesmanship in the militarily and politically volatile Middle East goes in circles and semi-circles reaching a point of no return.

If Israel gets away with its nukes, the Iranians argue, “why shouldn’t we go nuclear too”, while the Saudis, the Egyptians and Turks warn: “If Iran goes nuclear, we will follow too”. 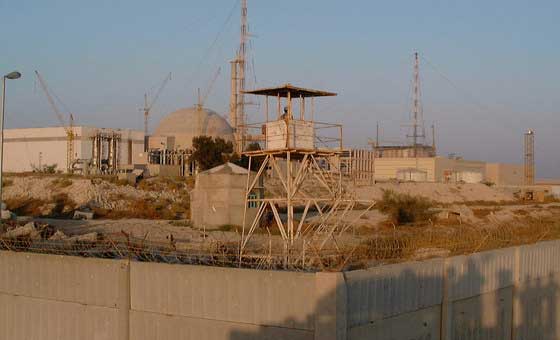 But such a weapons-free zone in the conflict-ridden Middle East continues to remain elusive.

UN Secretary-General Antonio Guterres points out that the established five zones include 60 percent of the UN’s 193 Member States– and cover almost all of the Southern Hemisphere.

Guterres welcomed the successful conclusion of the Second Session of the “Conference on the Establishment of a Middle East Zone Free of Nuclear Weapons and Other Weapons of Mass Destruction,” which took place November 29 to December 3, and congratulated the participating States “on their constructive engagement and the decision to establish a working committee to continue deliberations during the intersessional period”.

Dr M.V. Ramana, Professor and Simons Chair in Disarmament, Global and Human Security at the School of Public Policy and Global Affairs (SPPGA), University of British Columbia, Vancouver, told IPS establishing a nuclear weapons free zone in the Middle East is not only a major challenge but it is also important.

The challenge is primarily due to Israel’s refusal to not just discuss its decades-old nuclear weapons program but even acknowledge it, while at the same time attacking countries like Iran over even its nuclear energy-related programs, he argued.

Being backed by the United States, which adopts one rule for Israel and another rule for other countries, it is very difficult to involve Israel, said Dr Ramana, who is also Director of the Liu Institute for Global Issues and the Acting Director of the Centre for India and South Asia Research (CISAR) in the Institute of Asian Research.

The only way to change this state of affairs is for efforts like this to be mounted. Even if they are not successful, they at least raise the issue publicly, Dr Ramana declared.

Hillel Schenker, Co-Editor, Palestine-Israel Journal, told IPS there is no question that a Nuclear and Weapons of Mass Destruction (WMD) Free Zone in the Middle East is in the interests of all the peoples of the region.

However, the issue of a WMD Free Zone is simply not on the political or public agenda in Israel, whose leaders and people find it very convenient to be the only presumed nuclear power in the region, he noted.

“And it also doesn’t appear to be on the agenda of the Egyptians who used to be the primary advocates for the Zone.”

Right now, he said, the main possible step to advancing towards this goal is a successful conclusion of the talks being held in Vienna for a revival of the Joint Comprehensive Plan of Action (JCPOA), the nuclear agreement with Iran and the Western powers.

Although Israeli Prime Minister Naftali Bennett and Foreign Minister Yair Lapid have expressed opposition to a renewed deal, many senior figures in the Israeli security establishment support it, and believe it was a major mistake for former Prime Minister Netanyahu to have urged former US President Trump to withdraw from the JCPOA, he added.

If the talks are not successful, and Iran moves forward towards becoming a nuclear threshold state, it could produce a very dangerous chain reaction which might motivate Saudi Arabia, Egypt, Turkey and perhaps others to also try to go nuclear, seriously destabilizing the entire region, said Schenker.

Like other regions, he argued, the geopolitics of the Middle East are complex. Reaching just settlements that will satisfy all parties requires sound diplomacy and negotiations based on good faith.

The addition of nuclear weapons and other weapons of mass destruction to the region’s politics will complicate an already challenging process, undermining trust and portending existential consequences.

It was in recognition of this that the General Assembly mandated a nuclear-weapons-free Middle East back in 1974, he said last week.