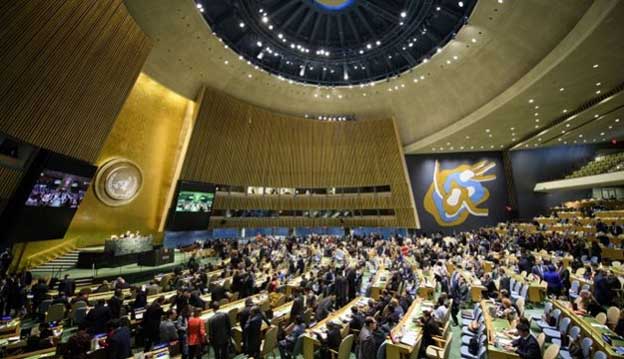 UNITED NATIONS, Aug 29 2022 (IPS) - When UN diplomats are charged with civil or criminal offenses – from traffic violations to sexual abuse — they avoid prosecution and civil law suits under cover of diplomatic immunity.

It’s a privilege exercised by diplomats worldwide—including US diplomats in overseas postings.

In the 1970s and 80s, there were diplomats from several financially-ailing member states, who were cut-off from their cash-starved home countries, and unable to pay their rents and phone and electricity bills—plus their UN membership dues.

The landlords who had bitter experiences fighting tenants over unpaid rents and damages to their apartments avoided diplomats as tenants because they were protected by diplomatic immunity and couldn’t be dragged into Small Claims Court.

So, at least in one New York City apartment building, the landlord had a sign which read: “Dogs and Diplomats Not Welcome.”

But last week it was a more serious offense—by an envoy from South Sudan, accredited to the UN, who was accused of rape, an allegation made by a neighbor in a Manhattan apartment building.

But he claimed diplomatic immunity to avoid prosecution by New York City police.

The immunity can be waived only by the country which accredited the diplomat to the UN—or in the alternative, the US could declare the diplomat persona non grata (PNG).

In international diplomacy, PNG is a status applied by a host country to foreign diplomats to remove their protection of diplomatic immunity from arrest and prosecution.

But South Sudan went one better: it recalled its ambassador.

A letter, dated August 25, from South Sudan’s Ministry of Foreign Affairs and International Cooperation, a copy of which was obtained by IPS, says “It is with regret that our diplomat was involved in an alleged rape incident with one of New York City residents”.

“As a government, we have worked tirelessly since our inception to ensure that the rights of women and girls are protected. The Ministry of Public Service has worked with civil servants across the country to carry out sensitivity trainings”.

Beyond ratifying regional and international instruments for the protection of women and girls, the letter says, “we have also worked to receive direction from our gender and youth cluster to practically implement these instruments across the country. because it is our belief that living a life devoid of gender-based violence and indeed the threat of it, is a right for all.”

“The mandate of our foreign missions is two-fold. To both protect the interests of South Sudanese citizens abroad and to promote strong bilateral relations with our host countries. It is regretful that in this alleged instance, the latter has been jeopardized. We are committed to working closely with the relevant US authorities to take appropriate action, following the outcome of all investigations,“ says the letter, in an attempt at damage control.

“The Ministry of Foreign Affairs, and indeed the extended government of South Sudan stands with victims of pf sexual assault everywhere and is committed to continuing to safeguard all those at risk of sexual violence”, the letter adds.

Antonia Kirkland, Global Lead, Legal Equality and Access to Justice at Equality Now, told IPS: “We welcome South Sudan’s acknowledgment of the seriousness of these rape allegations against one if its UN diplomats”.

The status of an individual — regardless of whether they are a diplomat, a head of state, royalty, or a UN employee — should not be an excuse for impunity or misused to shield someone from facing justice if they have committed an act of sexual violence or other serious crime, she pointed out.

“In cases involving sexual violence, diplomatic immunity should not be invoked and allegations must be effectively investigated and prosecuted, and convicted perpetrators punished. It is also vital that victims are fully supported and receive the justice they deserve and to which they are entitled”.

“Consistent with its stated internal commitment to survivors of criminal sexual harassment by its own employees and intention to waive immunity in such cases, we hope the UN is encouraging South Sudan to cooperate closely with the US and authorities in New York to ensure the case is fully investigated,” said Kirkland.

If the findings indicate that the rape allegations are credible, South Sudan should uphold the rule of law and ensure the case goes to court, and if he is found guilty, ensure he is punished accordingly, she declared.

Asked about the accusations, UN Spokesperson Stephane Dujarric told reporters August 23: “We’re aware of this. We’ve seen the press reports. I think this is an issue having to do, as you said, — I think there had been some early misreporting on it — not with anyone who is working for the United Nations but a member of the diplomatic corps.”

“I think any alleged rape or sexual assault needs to be fully investigated. This is a particular issue between the Member State and the US Government, but we’ll keep an eye on it’, he added.