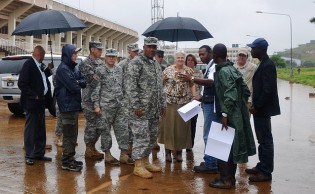 By Joeva Rock
As the world remains transfixed by the kidnapping of almost 300 Nigerian girls, there have been increasing calls for international intervention in the effort to rescue them. But what many people don’t know is that the U.S. military has been active in the region for years.
ADVERTISEMENT ADVERTISEMENT