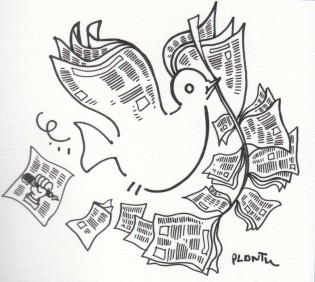 By A. D. McKenzie
By now, most movie fans know that American actor Leonardo DiCaprio was in this southern French city for the annual Cannes Film Festival. But fewer people are aware that Willis from Tunis and Kichka of Israel were also here.
ADVERTISEMENT ADVERTISEMENT