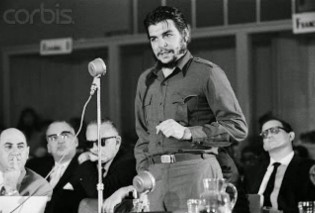 By Thalif Deen
When the politically-charismatic Ernesto Che Guevera, once second-in-command to Cuban leader Fidel Castro, was at the United Nations to address the General Assembly sessions back in 1964, the U.N. headquarters came under attack - literally.
ADVERTISEMENT ADVERTISEMENT