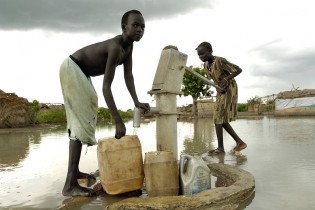 By Reem Abbas
Earlier this year, when heavy rains caused massive flooding in Sudan, a three-month state of emergency was declared in September. The floods which began in July, were the worst the country experienced in the last three decades and affected some 830,000 people, including 125,000 refugees and internally displaced people.
ADVERTISEMENT ADVERTISEMENT