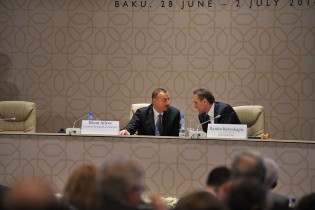 By Pavol Stracansky
Just hours after Ukrainian investigative journalist Tetyana Chornovil was beaten and left for dead last month at the side of the road by men she claims were acting on the orders of the country’s president, pictures of her battered and bruised face quickly made their way around the world.
ADVERTISEMENT ADVERTISEMENT