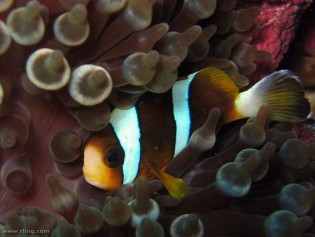 By Stephen Leahy
Australia's iconic Great Barrier Reef is dying, and little will be left less than 10 years. More than half of the coral in the 2,300 km long reef has died over the past 27 years, according to a scientific survey released Monday.

By Stephen Leahy
The world's largest and best protected coral reef will be doomed by Australia's unprecedented scale of planned coal and gas development, experts say.

By Stephen Leahy
The planet's richest region of coral and marine life, which feeds 130 million people, is in trouble.
ADVERTISEMENT ADVERTISEMENT