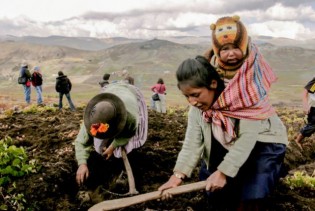 By Maria Andrade
Africa is a continent where, at least outwardly, we like to celebrate our diversity—the rich variety that can be found in our many cultures, languages, fashions, flora and fauna. That’s why it’s perplexing to see such a large segment of the African population depending on a very small number of food crops, like maize, rice and wheat.
ADVERTISEMENT ADVERTISEMENT