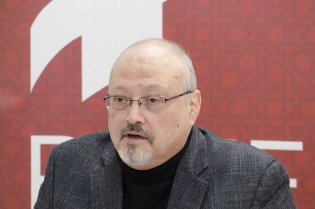 By James Reinl
The United Nations faces renewed criticism over its partnership with Saudi Arabia’s Misk Foundation amid revelations that the charity is headed by the mastermind of a recent Twitter spying operation.

By Tharanga Yakupitiyage
In the midst of international outrage over the alleged murder of Saudi journalist Jamal Khashoggi, human rights groups have called for a United Nations investigation into the incident.
ADVERTISEMENT ADVERTISEMENT