League for the Protection of the Revolution (LPR) 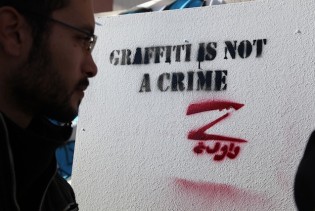 By Giuliana Sgrena
Ela, a young Tunisian woman whose face is barely visible behind her niqab, says she has spent five months protesting a university ban against the religious garment in the classroom “to no avail”. On the other side of the capital Tunis, a group of students decked out in djellabas and keffiyehs (traditional Tunisian costumes) with the Tunisian flag wrapped around their shoulders, perform the Harlem Shake: a dance form that originated in the United States in the early 1980s but has recently gone viral online as a popular meme.
ADVERTISEMENT ADVERTISEMENT