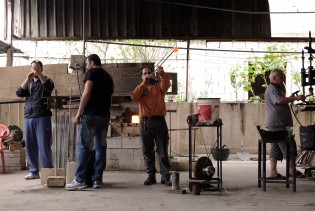 By Julio Godoy
When the Desertec Industrial Initiative (DII), an alliance of 21 major European corporations, first unveiled plans to install a network of solar thermal, photovoltaic, and wind plants across the North African Maghreb region to generate electricity, the project was greeted as a ‘green utopia’.
ADVERTISEMENT ADVERTISEMENT