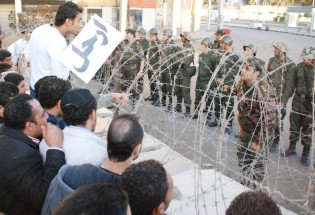 By Adam Morrow and Khaled Moussa al-Omrani
This Saturday, Egyptians will head to the polls to vote on a controversial draft constitution. The referendum has divided this nation – still pulsing with the revolutionary fervour that toppled former dictator Hosni Mubarak in early 2011 - with most Islamist parties and groups supporting the proposed national charter, while liberal, leftist and 'revolutionary' groups, in addition to Egypt's sizable pro-Mubarak demographic, are opposed to it.
ADVERTISEMENT ADVERTISEMENT