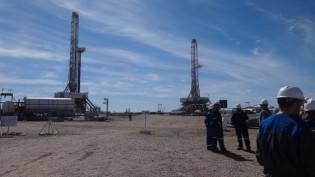 By Fabiana Frayssinet
Unconventional oil and gas reserves in Vaca Muerta in southwest Argentina hold out the promise of energy self-sufficiency and development for the country. But the fracking technique used to extract this treasure from underground rocks could be used at a huge cost.
ADVERTISEMENT ADVERTISEMENT