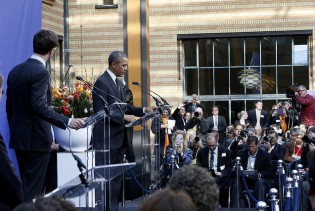 By Thalif Deen
When over 50 world leaders meet in the Netherlands next month for a Nuclear Security Summit (NSS), the primary focus will be on a politically-loaded question: how do we prevent non-state actors and terrorists from getting their hands on nuclear weapons or nuclear materials?
ADVERTISEMENT ADVERTISEMENT