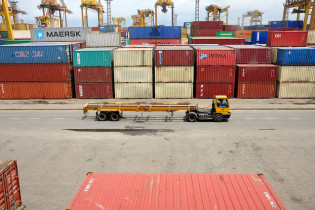 By Amantha Perera
For years, it was the power chamber at the headquarters of the World Trade Organisation (WTO) in Geneva - the Director General’s Conference Room, more popularly known as the Green Room, where a handful of delegates would gather for important discussions and meetings.

By Amantha Perera
Gulam Rasul, chief meteorologist at the Pakistan Meteorological Department, was sure early this month that the second leg of the annual monsoon due in the latter half of the month was going to be bad. “Normally it peaks towards late August,” Rasul told IPS.
ADVERTISEMENT ADVERTISEMENT