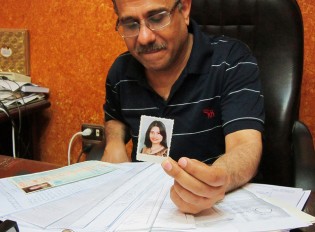 By Karlos Zurutuza
"Going  back home? That would be suicide. The Islamists would cut our throats straight away," says Khalil Hafif Ismam. The fear of this Mandaean refugee sums up that of one of the oldest yet most decimated communities in Mesopotamia.
ADVERTISEMENT ADVERTISEMENT