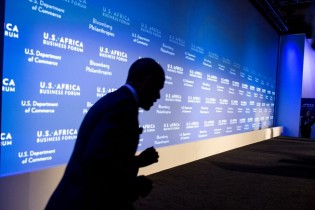 By Jim Lobe
Despite worsening crises in Ukraine, Gaza, and elsewhere in the Middle East, the administration of President Barack Obama hopes next week to focus at least some more positive attention on Africa.

By Julia Hotz
As the White House prepares to host more than 40 African heads of state for the upcoming U.S.-Africa Leaders Summit, civil society actors from the U.S., Africa and the international community are urging the Barack Obama administration to use the summit as an opportunity to more thoroughly address some of Africa’s most pressing human rights violations.
ADVERTISEMENT ADVERTISEMENT