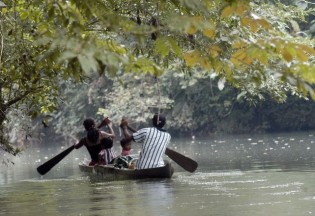 By Hazel Henderson
In 2007 Ecuador's president, Rafael Correa, sponsored the Yasuni Initiative to end oil prospecting in the vast Yasuni National Park, thereby preventing some 400 million tonnes of carbon emissions, if the international community or the United Nations would compensate Ecuador for half of the unrealised oil revenues (an estimated 13 billion dollars over 13 years).
ADVERTISEMENT ADVERTISEMENT