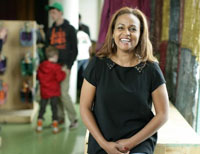 The company currently sells its innovative range of artisan shoes made from recycled materials in 55 countries and is now one of Ethiopia’s thriving businesses with a major presence on e-commerce sites such as Amazon. Its success reflects this Horn of Africa nation’s growing footwear-manufacturing industry as Chinese businesses are increasingly investing in the sector here.