JOHANNESBURG, Oct 26 2015 (IPS) - You probably didn’t notice it was World Statistics Day last week because, let’s be honest, statistics don’t have the most exciting reputation. Thankfully, I have a feeling this is about to change, big time. 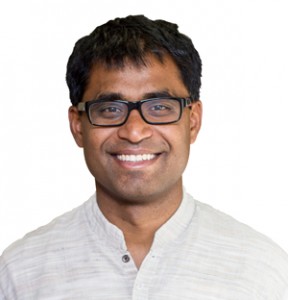 We are witnessing a radical democratisation with regard to how information is being produced. New technologies are revolutionising the way that data is produced, used and understood, and this will have profound impacts on how citizens approach statistics.

For those of us who work in civil society, particularly in international development, things are going to change dramatically – and not a moment too soon. The companies that sell us shampoo, the pollsters who advise our politicians and the national security agencies who monitor our movements have already learned to use data in fascinating and sometimes scary ways. Yet the global development community has lagged behind.

For example, in analysing the Millennium Development Goals, we rely on patchy, often outdated data that was as much as five years old, often collected using retrospective household surveys. This need no longer be the case.

Everywhere we look, we see armies of people equipped with tools they can use to monitor and report on every aspect of human development, from corruption to health services and education: a new ecosystem of many and varied players producing and curating data. This sort of people-powered accountability will become a crucial driver of progress towards the new Sustainable Development Goals.

We need no longer set our course and fly blind, landing only once every few years to check our co-ordinates and refuel. It is possible to have the data at our fingertips that will enable us to continually reassess priorities and re-allocate targeted resources.

In order to translate such possibility into reality, CIVICUS has joined forces with more than 20 other international organisations, including governments, the United Nations and private sector bodies, in a Global Partnership on Sustainable Data. For our own part, we are pioneering thedatashift.org, an initiative designed to build the capacity and confidence of civil society organisations in creating and using citizen-generated data to monitor development progress, demand accountability and campaign for transformative change.

Global and multi-sectoral partnerships like this one will be crucial in driving investment in official government produced statistics, in funding innovation and in improving data literacy and use. One of our biggest challenges will be to plug traditional sources of data in much more innovative and effective ways into the wealth of data already being produced by the private sector, by citizens, by universities and by NGOs. We live in a data-rich world. Yet too often banks of data exist in silos, isolated by their disparate formats. Difficult to access and still more difficult to interpret, these become data graveyards.

Of course, our efforts to resurrect this data and to bring into play the many new sources of information available in pursuit of global development goals, are not without dangers. Issues of privacy and public trust are foremost. Safeguarding against potential abuses of data will be fundamental to the success of this revolution.

We must also be prepared for statistics to become a politically sensitive battleground. For example, the recent Tanzanian Statistics Act could make it illegal to describe any data that has not been approved by the government as “official.” The official intention – if I can describe it as such – is to support a more robust statistics body at government level, rather than to prohibit free speech. But the move points towards a more profound struggle to control who narrates the story of progress.

As civil society groups drive an increased demand for and use of data, they are achieving changes in government policy, a fundamental power-shift in the relationship between the state and its citizens. Statistics might seem dull, but there is little doubt that they wield enormous power.

Fifteen years ago, as an intern at UNDP’s Human Development Report Office, I remember feeling proud that we were talking about measuring progress in ways that went beyond the gross domestic product (GDP). Since then of course, we’ve seen the development of numerous wellbeing, happiness and social progress indices. But I’ve also come to realise the true limitation of all these metrics: almost all of them rely on experts, most often sitting in London or New York, to define the parameters of social progress; to decide who and what matters enough to be counted; to decide which story to tell.

In the next few years, I hope that we will move towards a more democratic (crowd sourced?) model of defining human development and, in so doing, paint a far richer, more nuanced picture of social progress.

Five years ago, the theme for the first official World Statistics Day was “celebrating the many achievements of official statistics.” This year it was about “better data; better lives.” It is an indication of how far we have already come. By the time World Statistics Day comes around in 20 October 2020 – get it in your diaries now – we will have seen far-reaching changes in the way we curate statistics to both shape and reveal the story of sustainable development.